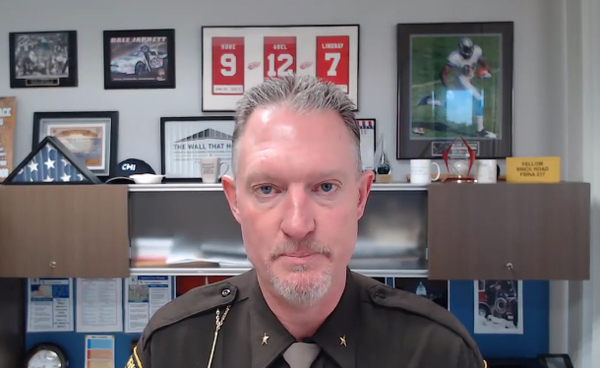 
Several districts are closed Friday based on social media threats in the wake of the Oxford High School shooting. Among them are Kensington Woods Schools in Livingston County and South Lyon Community Schools and Huron Valley Schools in Oakland County.

On Thursday, Oakland County Sheriff Mike Bouchard said the threats were not something that would be taken lightly.

“If you’re making threats, we’re going to find you,” Bouchard said. “It is ridiculous you’re inflaming the fears of parents, teachers in the community in the midst of a real tragedy.”

That was the same message from Livingston County Sheriff Mike Murphy in a Facebook message posted Thursday afternoon.

"This is not a joke. You cannot take to Snapchat or Instagram or Twitter or any of those social media platforms and joke about taking somebody out, joke about killing somebody or whatever," said Murphy. "That takes precious resources from public safety to run those down. That takes precious from the schools to run those down, to deem, in fact, if they are credible or not."

Both Murphy and Bouchard said none of the threats in either Livingston or Oakland County were found to be credible. However, Murphy said the reality is that could change in an instant as it did Tuesday in Oxford. He also urged parents not to rely on social media for information, but instead trust law enforcement sources for facts and reiterated that the public safety community in Livingston County works "extremely closely" with all of the schools, public and private, in Livingston County.

However, he also said that "there is no guarantee, no preventative measure that can be put in place if somebody is hell-bent on wreaking havoc." He added that the best they can do is to conduct planning and training exercises while investigating when there are situations that are brought to their attention.

While no Livingston County schools have canceled classes, many parents at area districts did pick up their kids early from school based on the threats, with many also planning to keep their kids home today out of an abundance of caution.

Murphy also addressed the issue of gun safety, in light of details emerging about the Oxford shooter's father purchasing the handgun used in the killings just days before and making it freely available to his son, 15-year-old Ethan Crumbley.

"There are 200,000 people in Livingston County. There's probably two million guns in Livingston County," said Murphy. "Every household has guns in this county. Every household has several guns in this county more than likely. Please, please be responsible. If you've got a gun safe, if you've got gun locks, if you don't have gun locks, they're available all over. We have them here at the sheriff's office. Come see us."