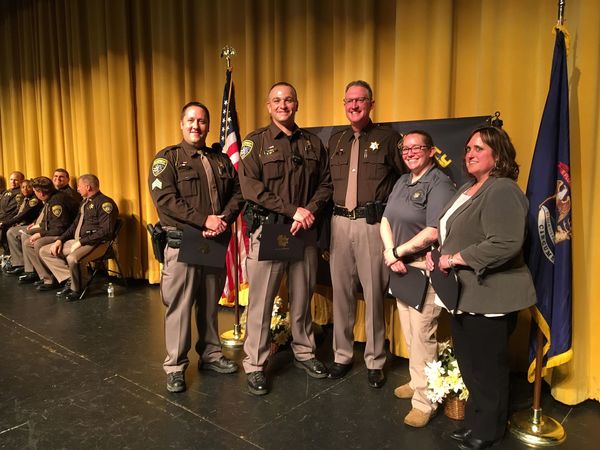 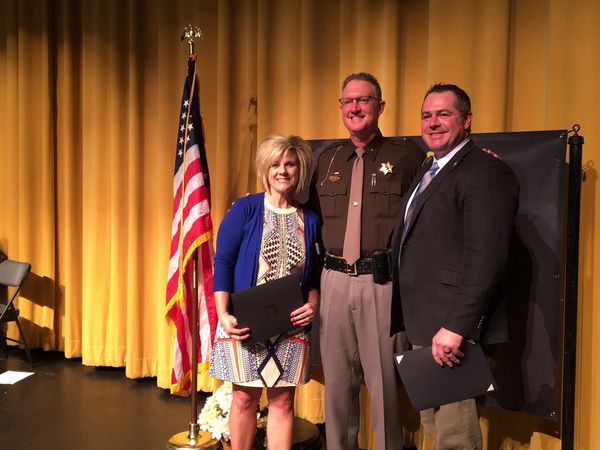 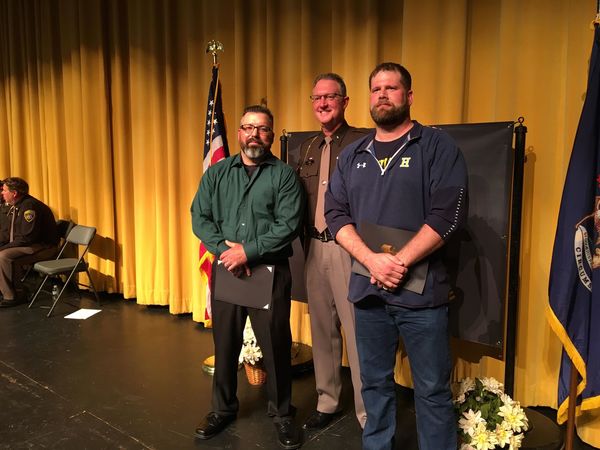 The Livingston County Sheriff’s Office held its annual awards ceremony at the Howell High School Rod Bushey Performing Arts Center Thursday. A number of individuals were recognized in several different categories for not only taking action in an extraordinary fashion, but for doing so beyond what’s expected. Among those commended was Julia McLeod, who was named Jail Services Deputy of the Year. Sheriff Mike Murphy spoke highly of her recommendation letters which called the combat veteran exceptional in her knowledge and dedication to professionalism. He added she is one of the most consistent and hardest working deputies in the corrections system, as well as the first female in the history of the Sheriff’s Office to be involved in a tactical response team.

In addition to being recognized in a unit citation, Sergeant Chad Sell was named Leader of the Year. Murphy says Sell works tirelessly, joking that he has “no off switch” and calling him a mentor and “forward thinker”. Murphy noted that Sell has been instrumental in pursuing a grant that will improve the operations of the Sheriff’s Office with additions like a robot for the tactical team and a license plate reader. Inmate Services worker Laura Ness was named Civilian Person of the Year, with Murphy saying her work is her true passion. Ness teaches inmates life skills like budgeting, financing, and how to be a better person. In addition to receiving two life-saving awards, a unit citation and a honorable mention in meritorious service, Deputy Adam Jaime was named Field Services Deputy of the Year. Murphy and Undersheriff Jeff Warder say they are proud of the team they work with.

Warder also recognized Mike Mueller, State Representative of the 51st district, for his actions in an incident that occurred while he still worked as a deputy for the Livingston County Sheriff’s Office. Mueller was dispatched to a road rage incident in November and chased the suspect until the vehicle went off the road and into the front yard of a residence. The man jumped Mueller and attempted to take his gun when Mueller went to remove him from the vehicle. A scuffle ensued but the man was eventually taken into custody. Mueller was commended for his restraint, with Warder noting that he could’ve probably been justified in using deadly force but did not, and Mueller was awarded a meritorious service award. (DK)