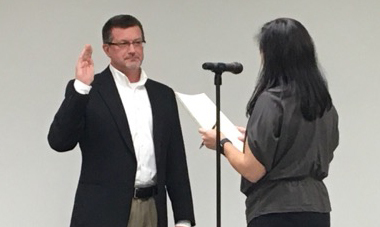 A long-time member of Brighton City Council is resigning.

Shawn Pipoly has tendered his resignation from City Council. He told WHMI by email, “I have served my City for 12 years on Council, with 2 of those as the Mayor. This was not an easy or knee jerk reaction of any type. I have been contemplating stepping away for many months, but needed to finish my commitment as the Mayor as well as the many difficult issues the City has been dealing with.”

Pipoly was elected Mayor by City Council in 2019 and served until this past November when he stepped aside to let another lead.

City Manager Nate Geinzer says that per the Charter, City Council has 60 days to appoint someone or it goes to a Special Election. He said, at this time, unless he gets different direction, Geinzer anticipates City Council will act on the resignation and approve a process and timeline at their January 6, 2022 meeting.