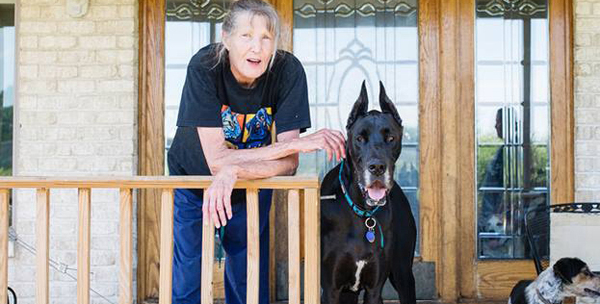 **Article updated to include comments from Kizer's attorney.


The director of a local non-profit pet rescue organization has been charged as a result of unsanitary shelter conditions and a lack of animal care.

70-year-old Sharon Anne Kizer of Howell is charged with abandoning/cruelty to 10 or more animals. She is set to be arraigned in 53rd District Court April 11th. Kizer was charged as a result of violations found at Last Chance Rescue in Howell Township. Livingston County Animal Control had received complaints about the facility’s conditions and care of animals.

In December, Animal Control officers found violations that prompted them to seize about 120 animals. Animal Control Director Aimee Orn previously told WHMI when on scene, there were great concerns for the safety and well-being of the animals and they were not comfortable leaving them there. Sharen Kizer is the only known defendant at this time.

Attorney Steven Lacommare is representing Kizer and told WHMI it’s very unfortunate she was charged at all, adding he finds it very upsetting she was charged with a felony considering her more than 20 years of serving the community and helping animals. He felt there were other avenues to handle the situation instead of charging an elderly woman in poor health.

As for the animals seized, Lacommare noted that some were not owned by Kizer or Last Chance Rescue and they should have been returned to their rightful owners immediately. He says that has not been done and the animals have been in a shelter for months now. (DK/JM)