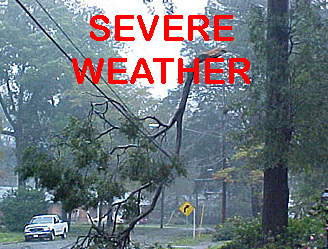 Livingston County residents and businesses are being encouraged to start preparing for severe weather season.

Severe weather season starts around April 1st and typically peaks in June and July before tailing off in the fall, although there have been events in October. Warning Coordination Meteorologist Rich Pollman with the National Weather Service White Lake Office says we’ve actually had two very quiet years. He says 2017 marked a record low for severe weather in the region, which came on the heels of another record low year in 2016. There were 83 recorded severe events last year and the average is about 220. Those include large hail, damaging winds or tornadoes.

Pollman tells WHMI the law of averages eventually applies and there will be an above average year to even things out. He says severe weather is bound to hit southeast Michigan during the summertime and it’s a good time to prepare because we’ll likely see more severe weather than the last two years, maybe the last two combined.

In addition to tornados, severe weather also brings the potential of flooding. Pollman says with climate change and a warmer planet, we do have more heavy rainfall events. He says they’re seeing one or two inches from a rainfall event or thunderstorms producing three or four inches, which is a mark of climate change and weather data across Southeast Michigan. Pollman says in Michigan, damaging winds are one of the biggest hazards associated with severe thunderstorms and a known killer. Warnings and alerts are issued for a reason and when it comes to tornado safety, it’s best to find a permanent, sturdy building away from windows and doors. For severe thunderstorms, a good rule of thumb is to just get inside.

A statewide tornado drill will take place on Wednesday, April 11th, which Pollman says is a good opportunity for residents and businesses to practice weather safety plans. Details are available in the attached packet. (JM)