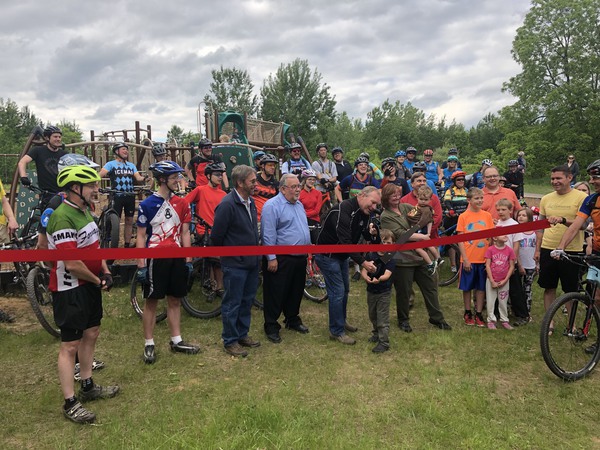 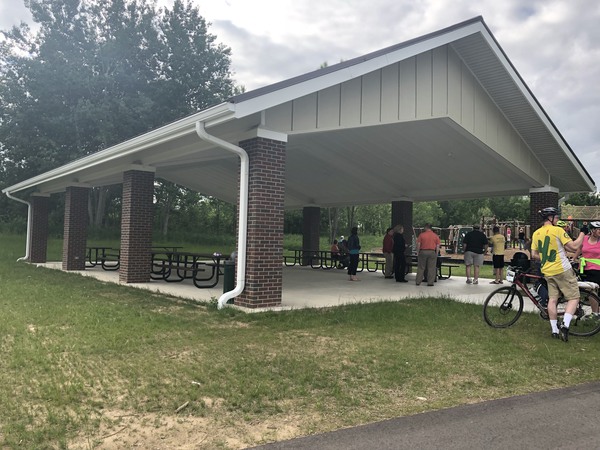 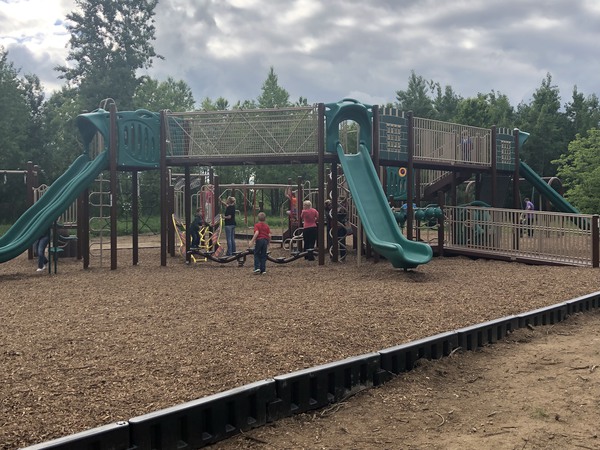 Hartland Township leaders cut the ribbon on a new and improved park that was years in the making.

Tuesday evening marked the official opening of the new pavilion, playscape, and mountain bike trail at Settler’s Park. Members of the Hartland Township Board of Trustees were present along with around 35 members of the Motor City Mountain Biking Association, or MCMBA. The MCMBA’s investment made the new bike trail possible. Supervisor Bill Fountain said this completes the bulk of the work for the township’s park project that started nearly 3 years ago. He said after acquiring the property from the sewer district a decade ago, they began gathering community input for what they wanted at both Settler’s Park and Heritage Park.

The 40-by-60 pavilion houses 8 picnic tables and can be reserved for a nominal charge to Hartland residents, by contacting the township offices. The new playground features several slides, slides and climbing obstacles for kids.The mountain bike trail stretches around 2 miles of the 100-acre park and is designated multi-use for both bikers and walkers. MCMBA Trail Coordinators said they hope to extend it even farther in the future. These improvements, including the play scape, and similar renovations to Heritage Park, were all paid for through general fund dollars. Settler’s Park is located on Clark Road, next to the Hartland Township Hall. (MK)