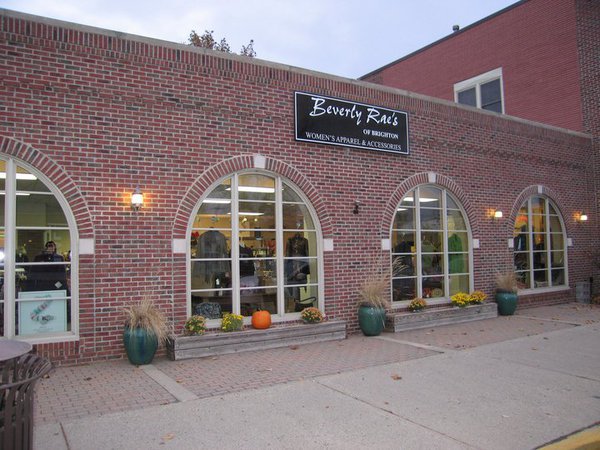 The dispute over the tenancy of a Downtown Brighton storefront has been settled out of court, but not without some lingering resentment.

Debbie Carley has operated Beverly Rae’s women’s clothing store for more than 25 years, the last eleven at 306 W. Main Street. But in February, her landlord, Patrick Tortora, filed suit to evict her after plans had been put forward for a coffeehouse and part-time theater in that location. Carley countersued, saying she had received a lease agreement via text until 2020 from Tortora and disputes any assertion that she was on a month-to-month lease. But both parties have since reached a settlement in the case, although Carley says she really didn’t feel as if she had a choice after her lawyer said that if they lost in court, she could be forced to move out, along with all of her inventory, immediately. She feels as if Tortora has not been truthful in the matter.

Carley now has until August 1st to vacate the premises, but says Beverly Rae’s is not closing and she is working on a new space to lease. However, she says the fact that city council granted the permits necessary for the coffeehouse and theater space while she still had a lease, does not sit well with her, saying the city has "thrown her under the bus." Brighton City Manager Nate Geinzer reacted to that statement, telling WHMI, “It is unfortunate to hear that, but the City does not get involved in private legal matters/disputes. Such matters, as advised by the City's Attorney, should not be a factor when processing an application submitted with the approval of the property owner.”

She also had harsh words for Marcus and Amy Goller, who plan to move into the building and open the Brighton Coffeehouse and Theater. She maintains the couple “colluded” with Tortora to get her out of the building. Marcus Goller tells WHMI that he has never met nor talked to Carley, and that he and his wife simply responded to a ‘for lease’ sign. Anything else, he insists, is between Carley and Totora, but said he is glad there is a settlement. The Gollers plan to locate a full-time coffeehouse that could double as a theater space on the first floor and then use the second floor as a rehearsal space. (JK)