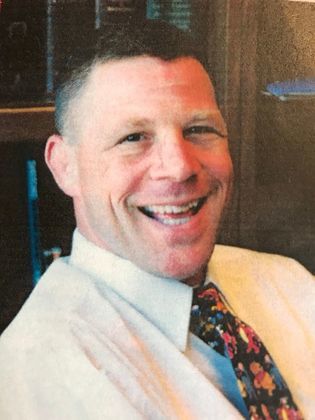 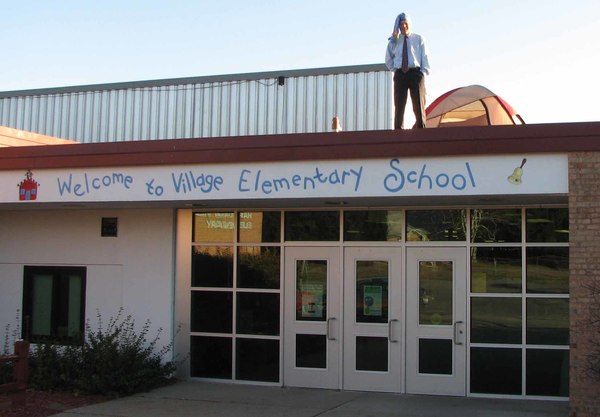 Local services are set this weekend for a longtime area educator who recently passed away.

Bill Cain served with Hartland Consolidated Schools for more than 30 years, before retiring as Director of Student Services in 2018. He died February 7th from heart complications at his home in Montana, where he moved after retiring. Cain was also a 1980 graduate of Hartland High School where he was on the wrestling team. He took that passion to North Idaho College, where he wrestled for the Cardinals and was a member of the 1982 National Championship team. He later transferred to the University of Montana, where he wrestled while earning a Bachelor of Arts degree.

During his time in Hartland Schools, Cain was beloved by both students and parents, most notably when he kept his promise to sleep on the roof of Village Elementary School in 2009 (bottom pic) when he was Principal there. Cain made the promise after challenging students to raise $15,000 for the school’s PTO. He was also known for his colorful selection of ties, and there’s an online effort underway using the hashtag #TiesforBill for everyone to wear a tie on Friday in Cain’s memory.

While funeral services were already held in Montana for Cain, a local memorial is set this Sunday, February 23rd at 3pm at the Venture Church on East Highland Road in Hartland Township. Cain is survived by his wife Tami and daughters Siara and Autumn. (JK)