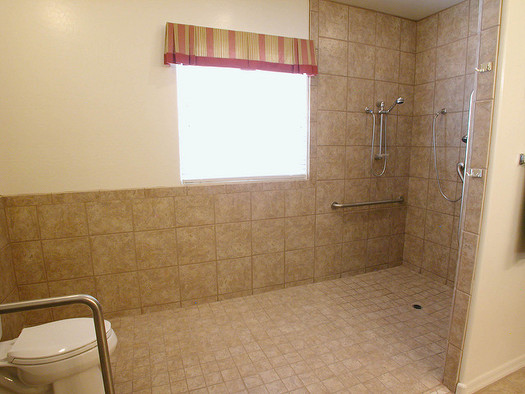 Climbing a staircase or stepping into a bathtub are among the everyday tasks that can become a challenge to folks as they age, and also sometimes a danger. Senate Bill 184 could help aging Michiganders address these concerns in their homes. If passed, adults with disabilities could receive a tax credit of up to $5,000 to make an existing home accessible, or help purchase a newly-built accessible home. Lisa Dedden Cooper, the manager of advocacy with AARP Michigan, says the credit could go toward modifications like grab bars, non-slip flooring, low-rise showers, or lever door handles. "Say your spouse has multiple sclerosis or your parent who lives with you has diabetes and develops neuropathy, or they just don't have as good of balance as they used to. There are simple things that people can do to make their homes safer and to prevent falls."

Nearly 94% of respondents in an AARP Michigan survey said they support SB 184, while 71% said they expect to need accessibility improvements within the next five years. The House Committee on Tax Policy held a recent hearing on the bill, which passed the state Senate overwhelmingly last summer.

Cooper says the concern they've heard about the legislation is a basic ideological opposition to tax credits because they reduce state revenue. But she's convinced that SB 184 would save the state money in the long run. "Falls are a leading cause of injury and hospitalization for seniors, and if we reduce falls and we keep more people out of the hospital, and out of expensive rehab and out of nursing homes, individuals and families save money - but also, taxpayers save money."

She says that's because the largest portion of state Medicaid dollars is spent on nursing-home care. (JK/Public News Service)