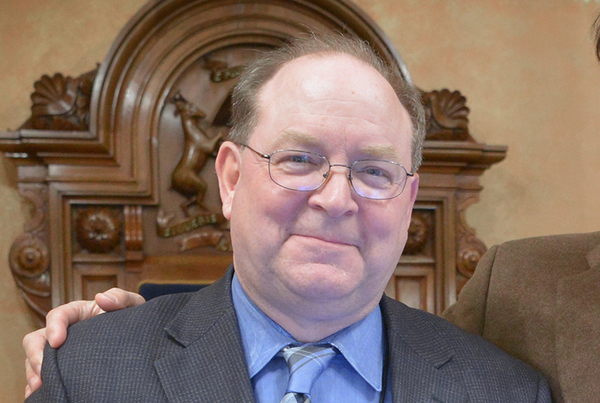 A Livingston County woman who worked as a campaign treasurer for a lawmaker pushing for changes in the state’s campaign finance laws is being investigated for alleged embezzlement.

Erika Farley of Fowlerville is the former treasurer for 14th District State Sen. Dave Robertson and according to her attorney is under criminal investigation by the Michigan State Police over allegations she embezzled money. The attorney, Alex Rusek of Okemos, told the Detroit Free Press that she denies the allegations, although he isn’t sure where they originated or if they involve Robertson's campaign fund. State Police say a complaint was received in August, but provided no further details.

Robertson, a Grand Blanc Republican whose district covers a portion of Genesee County including the City of Fenton, is the lead sponsor of bills the Senate passed last week that strip responsibility for campaign finance enforcement from incoming Secretary of State Jocelyn Benson. He has not commented on the investigation, but did mention Farley, who was also his former chief of staff, in his farewell speech last week on the Senate floor, thanking her for her efforts. "Erika Farley took (my) passions and turned them into Public Acts," Robertson told his colleagues. "I’ve tilted at a lot of windmills in my time — she bulldozed them for me. And I want to thank her for that."

The Free Press says Farley resigned as Robertson's campaign treasurer in a Sept. 4 email to the state Bureau of Elections. She did not give a reason. But in a September 2017 interview for a story about Robertson, who chaired the Senate elections committee, being more than a month late in filing a required campaign finance report, Farley said the late reporting was the result of "a software issue." The paper says that Robertson's campaign finance reports, which have since been brought up to date, do not appear to report money missing from his campaign fund.

Robertson wants campaign finance enforcement turned over to a commission with equal representation from Democrats and Republicans, a plan he says would require bi-partisan cooperation. Critics contend it will instead create gridlock and stall future enforcement actions. They also accuse Robertson of using it to “bury” his own campaign finance fines. His bill would also set a five-year statute of limitations for criminal cases involving the Campaign Finance Act. The full Senate on Thursday approved Robertson’s proposal in a 25-11 party-line vote. (JK)