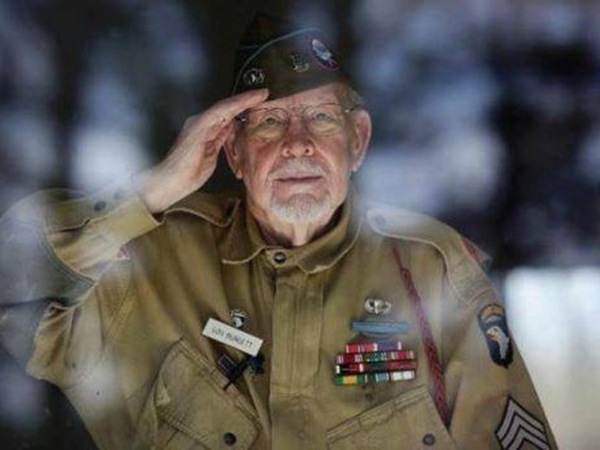 Legislation that would rename an 8th District Post Office in honor of a well-known World War II Veteran from Howell is headed to the President’s desk.

The U.S. Senate has passed Congressman Mike Bishop’s legislation to designate the United States Post Office at 325 South Michigan Avenue in Howell the “Sergeant Donald Burgett Post Office Building.” The bill, which passed the House on September 13th, now heads to President Trump for his signature. Bishop says he is proud the legislation is one step closer to becoming law and it’s his hope that naming the Post Office after Burgett “will serve as a lasting tribute and honor the memory of this incredible Michigander for future generations.”

Burgett, who passed away in 2017 at age 91, was an Army paratrooper who participated in the opening operations of the Normandy invasion as a member of the 101st Airborne. He served as a rifleman and a machine-gunner with A Company in the 1st Battalion of the 506th Parachute Infantry Regiment and fought throughout the European theater, including Normandy on D-Day, the Netherlands during Operation Market Garden, and Bastogne during the Battle of the Bulge.

After the war, he returned to the United States and lived almost his entire adult life in Howell, publishing four books about his experiences, including the much-heralded “Currahee!” in 1967 which was endorsed by President Dwight D. Eisenhower. In addition to his writing, he was also an active member of several veterans’ organizations including the VFW, American Legion and Disabled American Veterans. (JM/JK)