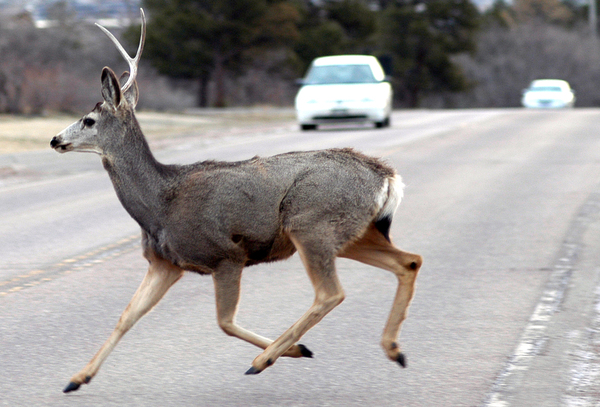 
Livingston County is again among the top counties for vehicle deer crashes.

The Southeast Michigan Council of Governments recently released crash statistics for 2019. There were 6,552 vehicle-deer crashes in Southeast Michigan in 2019, marking an increase of 594 from 2018. The report is based on crash data received from the Michigan Department of State Police Criminal Justice Information Center.

SEMCOG Planner Jenya Abramovich tells WHMI almost 900 of the region's crashes were in Livingston County. She says Oakland County took the top spot for deer crashes with nearly 2,000 and the top community was Rochester Hills with 172 deer crashes – which was more than double the highest community in Livingston County. Abramovich noted it’s not just happening in rural areas and there are definitely a lot of suburban communities seeing a lot of deer crashes as well.

Abramovich says they remind motorists to never “veer for deer” and stay vigilant and aware, especially during the months of October, November and December at dawn and dusk when it’s darker and harder to see. She noted the majority of deer crashes each year happen during those months. Abramovich says deer crashes are especially an issue for motorcyclists, noting 65% of those involved in a deer crash in the region suffer some kind of injury so it’s important to wear a helmet and protective gear.

More information and vehicle-deer safety tips is available in the attachment.