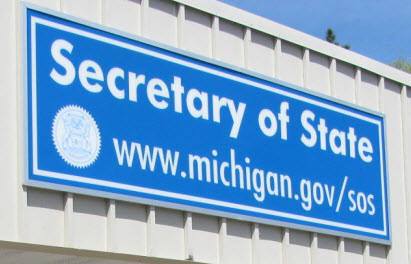 The Secretary of State office in Genoa Township is gaining an additional staff member as the branch and others prepare for a large increase in customer volume when tens of thousands of people become eligible to get their driver’s license back.

There are more than 300,000 motorists that have their license suspended due to outstanding state driver "responsibility" fees for certain traffic infractions. They will see their debt forgiven under bipartisan bills approved by the Legislature this year. Beginning October 1st, Michigan residents who had the driver responsibility fee debt will have that wiped away. Secretary of State Spokesman Fred Woodhams says it’s great news and they’re pleased that after years of work, the fees are finally going away and will be fully repealed as of October 1st. Woodhams referred to the fees as burdensome and an unfair double penalty to hardworking families and people who already have to pay the normal tickets and court fines and fees. Woodhams says the fees were a double penalty because judges could not set them aside or work with a person to create a payment plan for them.

Woodhams says they are hiring dozens of additional staff across the state to help alleviate expected lines and wait times due to the anticipated increase in customer volume and the wave of applicants who have had suspensions lifted. One staff person will be added at the Genoa Township branch. Woodhams tells WHMI this summer was already very busy at Secretary of State offices, which he attributed to an improving economy and increased sales of not only vehicles but watercraft and ORV’s resulting in increased transactions. He says they’ll be sending letters out to people to let them know if they have other issues to take care of. While the driver responsibility debt is wiped clean, he notes individuals with other issues such as outstanding tickets to pay off or licensing sanctions need to take care of those before they can get their license back.

People can call 1-888-767-6424 to check their driving record and determine if they’re eligible to get their license back. Those who are eligible will not have to pay the license reinstatement fee before December 31st. Full details are provided in the link. (JM)