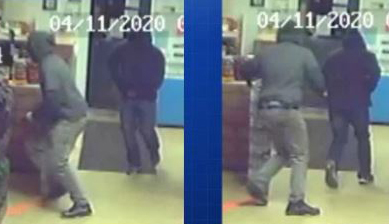 
A search warrant was executed at a home in Dansville on Tuesday in connection with seven commercial breaking and entering cases spanning Livingston, Jackson, Manistee and Lake counties.

Investigators from the Brighton and Jackson Michigan State Police posts, in partnership with local law enforcement, were able to identify three suspects in a series of crimes since January at several businesses and at least one bank with ATMs being targeted. Tuesday’s search warrant was executed at home of the three suspects, although no arrests were made. Among the businesses that the suspects hit was The Unadilla Store in Gregory, which was broken in to on both February 1st and then again on April 11th. In both instances, the suspects unsuccessfully attempted to break in to the store’s ATM.

Unadilla Township Police Chief David Russell told WHMI that the search warrants were the result of an ongoing multi-jurisdictional investigation. “The team worked extremely well in the coordinated effort. Evidence was recovered that is believed to be related to all the cases being investigated. The investigation is on-going but we expect that charges will be filed in the near future.” Anyone with information about the crimes is asked to contact Detective Sgt. Michael Baker at the Brighton Post. That number is 810-227-1051.