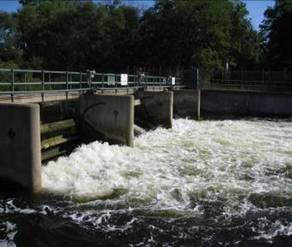 The search continues for a missing kayaker last seen near Dexter, while authorities say they’ve found the body of a man who jumped from a railroad bridge into the Huron River.

The Washtenaw County sheriff's department says a person spotted what looked to be a body on Thursday night near the Argo Dam in Ann Arbor. Deputies responded and the sheriff's office said the body was that of 35-year-old Jason Yoder. The Ann Arbor resident had been missing since Wednesday. An autopsy will be performed to determine the exact cause of death, but MLive.com says authorities assume Yoder drowned in the river. He was reportedly walking with a friend on the railroad bridge near Argo Dam Wednesday morning when he jumped into the water. Yoder's friend saw him resurface but quickly lost sight of him while walking across the bridge to meet him on the other side. Divers failed to find his body Wednesday.

Separately, a 36-year-old woman who was last seen putting a kayak in the water near Portage Lake Dam near Dexter on Thursday afternoon was reported missing. Deputies found her vehicle but not her kayak. That search is ongoing. (JK)