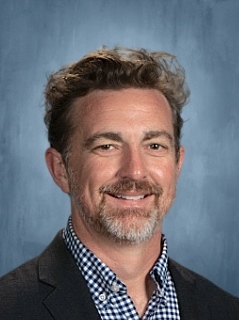 
The Livingston County Board of Commissioners has made an appointment to the vacant seat on the County Planning Commission.

The Board made their decision as part of their regular meeting, held late Monday afternoon. Last month, the Board was split 4-4 on the selection between Jason Schrock and John Belcher. One Commissioner was absent at that meeting.

Jason Schrock is the principal at Howell High School and John Belcher serves as the Treasurer for the Fowlerville School Board. Jason Schrock was ultimately selected by a 5-4 vote. In searching for their appointment, the County was seeking to find a candidate that was either an administrative employee, like Schrock, or a member of a public school board, as is Belcher. This is a recommendation by the Michigan Planning Enabling Act that the County was considering, and had led them previously to reopen the application period when the initial search didn’t turn up any candidate with those qualifications.

Board Chair Wes Nakagiri had said during the November vote that ended up in a stalemate that they had several qualified candidates come forward to where he knew the choice would be tough. Yesterday’s meeting, had all 9 commissioners in attendance either in person, or through online means.

District 1 Commissioner Martin Smith was the absent commissioner in November and his vote for Schrock on Monday did, in essence, act as the tie-breaker. The selection was decided by a roll call vote with each Commissioner declaring their preference.

Nakagiri closed the agenda item passing a congratulations on to the Howell High School principal.