Weekend Fundraiser For Burn Camp In Memory Of Pinckney Teen 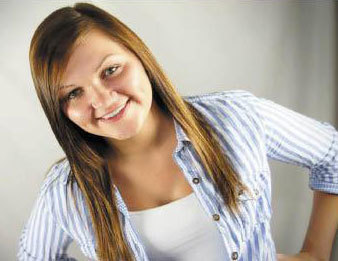 An event this weekend will honor a local teen’s memory while raising money for a special camp that promotes healing, self-esteem and confidence for kids who are most in need of that.

A fundraiser in memory of Sarah Grundy of Pinckney will be held this Saturday at Stout Irish Pub in downtown Brighton from 1 to 5pm and all proceeds benefit the Great Lakes Burn Camp. Grundy was the victim of bonfire accident in 2013 and suffered 3rd degree burns to 86% of her body. After more than seven months recovering at the U of M Medical Center, Grundy walked out and had hoped to continue her recovery, but unfortunately passed away in January of 2014. Grundy had been hoping to attend the camp as a counselor when she passed away in January of 2014 and organizers felt it was fitting to organize the fundraiser in her honor.

Jen Ling is one of the event organizers and told WHMI the camp allows burn-injured kids age 6-17 a chance to heal while meeting others in the same situation so they can play, laugh and grow together. She says they offer week long camps in both the summer and the winter with activities like dances, fireworks, arts, crafts, campfires, archery and a high ropes course among others. Ling says it’s these types of fundraisers that make it possible for kids to attend the camp free of charge, including transportation, so they hope community members come out Saturday.

This marks the fourth year of the fundraiser and the $20 admission includes a spaghetti dinner, entertainment, a 50/50 raffle and an auction. (JM)