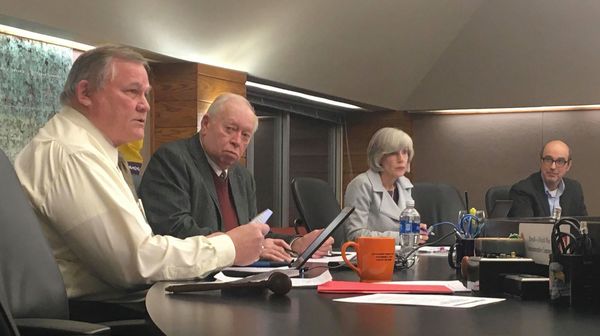 A resolution that seeks to establish Livingston County as a “Second Amendment Sanctuary” has received its first vote of approval by a county subcommittee.

The resolution from Commissioner Bob Bezotte “urges the Michigan Legislature, the United States Congress, and other agencies of State and Federal government to (reject) any provision, law, or regulation that may infringe, have the tendency to infringe, or place any additional burden on the rights of law-abiding citizens to keep and bear arms and that restrict constitutional rights.” The proposal came before the Public Safety and Infrastructure and Development committee Tuesday. The committee members are Bezotte and Commissioners Dennis Dolan, Carol Griffith and Gary Childs.

Following a lengthy public comment period at the meeting, Bezotte, who is a Vietnam veteran and former Livingston County Sheriff, shared why this effort is important to him and necessary. Speaking to his time in the military and 33 years in law enforcement, Bezotte said, “I have seen the abuse by prosecutors and judges that don’t follow their oath of office.” He then applauded the numerous residents present for attending the meeting and voicing their thoughts, stating that “that’s the only way things change”. While the majority of those that spoke were supportive of the resolution, there were a few residents that felt it would allow the Board to exceed their authoritative power and that it singles out the Second Amendment. One gun owner said they were more in favor of “common sense laws”.

Commissioners Wes Nakagiri and Doug Helzerman also attended the meeting and spoke to voice their support. Helzerman said the resolution is “the most common sense thing that could happen because it is the common sense of all humanity”. Nakagiri spoke to the need for a local resolution, arguing that the federal government “doesn’t always get it right”, citing Executive Order 9066; a controversial World War II policy that order Japanese Americans into internment camps.

The county subcommittee then took a vote on the resolution. It passed, with Childs as the only oppositional vote. Childs tells WHMI he was opposed to the resolution because while it does reaffirm the Board’s support of the entire Constitution, he also notes that it highlights one particular amendment – that being the Second. Childs says, “…especially in today’s political environment, we’re becoming very divisive and having one amendment over all the 27 is, in my mind, a wedge that’s driving us further and further apart.”

Childs shared similar thoughts during Tuesday’s meeting, which received a response from Bezotte. He pointed out that the resolution also states that it would affirm the Commission’s support of the entire Constitution of the United States and the State of Michigan, not just the Second Amendment. Childs acknowledged that he is aware of those declarations in the resolution, but still feels it’s “not necessary” and won’t “bring the people together”.

The resolution now moves to the full Board of Commissioners for a final vote on Monday, February 24th. (DK)