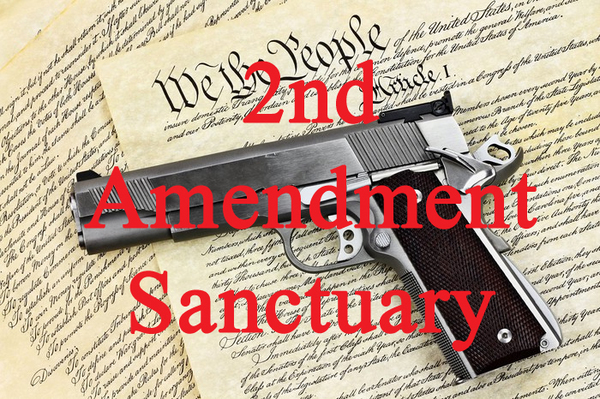 An effort to establish Livingston County as a “Second Amendment Sanctuary” will come before a county committee tonight.

Commissioner Bob Bezotte announced last week that was bringing a resolution before the County’s Public Safety and Infrastructure and Development committee which meets tonight. Bezotte, who is a former Livingston County sheriff and describes himself as a “big supporter of the Second Amendment”, says he sought input from the County’s sheriff, prosecutor and attorney for the resolution, which “urges the Michigan Legislature, the United States Congress, and other agencies of State and Federal government to (reject) any provision, law, or regulation that may infringe, have the tendency to infringe, or place any additional burden on the rights of law-abiding citizens to keep and bear arms and that restrict constitutional rights.”

However, at least one commissioner says he will oppose the measure. District 9 Commissioner Gary Childs says the entire effort is not about supporting Constitutional rights, but about getting votes. “In my estimation, picking out one amendment is ludicrous. That means you don’t care about the others or you care about this one more and as far as I’ve seen, no one has come to my door and tried to take my guns away. It’s more of a ‘let’s go get some votes’ and a talking and selling point for certain individuals.” Bezotte is also a candidate for the GOP nomination for the 47th State House District seat that will be vacated by Hank Vaupel, who is term-limited.

Ironically, the man who succeeded Bezotte says he doesn't believe such a pledge is necessary. Livingston County Sheriff Mike Murphy issued a video statement earlier this month in which he said, "I've been asked a number of times about how I feel about the Second Amendment. I'm in support of that, of course, as am I also for the Fifth Amendment and the Twenty Fourth Amendment and all amendments to the Constitution, all 27 of them, because it is the Constitution. That's what I took an oath to uphold. So I don't need to take another pledge. I don't need to sign some sort of form. I don't need to do anything other than what I swore I would do as your elected Sheriff, and that is uphold the Constitution of the United States. So, no, my deputies are not coming to take your guns away from you nor would I let anyone else come and take your guns away from you because we live in this awesome country and, again, the Second Amendment of the Constitution gives us the right to bear arms."

That opinion appears to be reflected in the resolution (posted below) up for a vote tonight, which states that the county's, "civil counsel has opined that the proposed resolution exceeds our authority to the extent it directs the activities of the Sheriff or Prosecutor; and WHEREAS, when we assumed office, we all took an oath of office under which we swore to support the Constitution of the United States, and the Constitution of this State, and to faithfully discharge
the duties of this office; and WHEREAS, support of the Constitution of the United States, includes all of its amendments, including the Second Amendment..."

The proposal follows a January 28th Board of Commissioners meeting, which was heavily attended by gun rights advocates asking that Livingston County’s leaders adopt a resolution making the declaration “to not enforce against any citizen an unconstitutional firearms law." The effort led by the Michigan for 2A Sanctuary Counties group spread in the wake of gun control bills proposed in Virginia. Included in the legislation is a “red flag” bill that gives law enforcement the authority to remove guns from people who are considered to be a danger to themselves or others. Tonight’s meeting starts at 7:30 in the commission chambers in Howell. (JK)