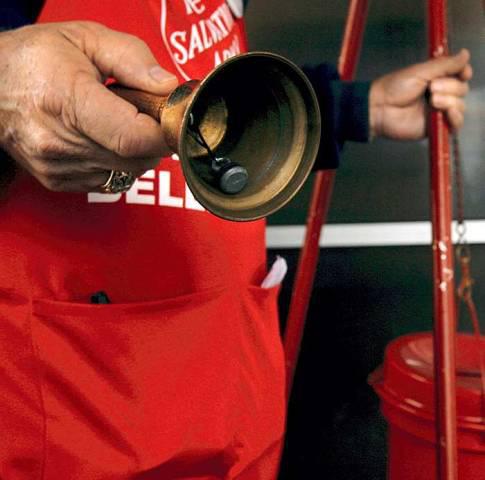 The Salvation Army of Livingston County is still in need of bell ringers to help meet this year’s Red Kettle campaign goal.

There are two weeks left for the local Corps to meet this year’s red kettle goal of $385,000 and they are currently at 33% of that goal. Due to national agreements, the red kettles couldn’t go out until after Thanksgiving, which is much later than usual so Major Prezza Morrison says they came in to the red kettle drive already behind the game. She says last weekend was record breaking in that they were able to raise over $17,000. Morrison says she is continually amazed by people in the community who are always so kind and generous. Despite the favorable news, she says there are still a lot of locations left open because they don’t have enough bell ringers and there are two more weeks of opportunities to ring bells through 4pm on Christmas Eve. Morrison says those they help are neighbors, co-workers, family and friends - whether through utility assistance, sheltering, rent assistance, eviction diversion or Pathway of Hope casework program, clothing and household items, the food pantry or summer lunch bunch. Morrison says Livingston County always comes through and that’s heartening because it means the community knows the Salvation Army is good stewards of their money and they can trust that they will serve those in need in all of the different ways they do.

Morrison says finding bell ringers has been more of a challenge this year, but they recognize that people are busy with family and work responsibilities – adding it’s also been colder than usual with limited sunny days, which can also hinder volunteers. Those who do ring usually dance or sing while manning the kettles and others dress up like Santa Claus to stay warm. Men and women from the Howell, Green Oak and Brighton Fire Departments will be out manning red kettles this weekend. While they certainly need volunteers, Morrison says they will also pay bell ringers who could use a little extra money with Christmas approaching. For those who might have a job but might be struggling, Morrison tells WHMI the Salvation Army will hire some bell ringers to fill in spots where volunteers aren’t signed up. Most Fridays and Saturdays are full but volunteers are always needed, especially in outlying areas like Fowlerville, Hartland, Pinckney and Hamburg. Volunteers and paid ringers are able to pick the day, time and site they want to ring. Morrison says they can really use people so those interested should just stop by their 503 Lake Street office in Howell Monday through Friday from 9am to 5pm and fill out an application but remember to bring two forms of ID.

Further details about bell ringing and toy donations can be found through the link. (JM)