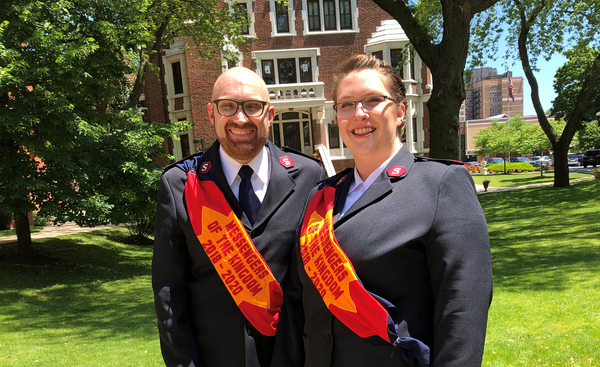 The Salvation Army of Livingston County will be welcoming new commanding officers this week.

The local Corps is welcoming Lieutenants Robert and Stephanie Leach on Wednesday, whom will be replacing Major Prezza Morrison. The Leachs have three daughters ages 1, 3, and 5. Rob comes from Melbourne, Australia where his family still resides while Stephanie was born and raised in Western Michigan in Sparta. Rob has a degree in Sound Tech Engineering, but also spent time pursuing a degree in theology and counseling. Stephanie’s degree is in Studio Art but began her studies in Child Development and Education. The two started their ministry in Holland, Michigan almost six years ago and have moved each year. They first spent time in Elkhart, Indiana and then South Bend, Indiana until they landed at The Salvation Army training college in Chicago for the last two years. As they move to Livingston County to start their ministry as Lieutenants within The Salvation Army, a press release states they’re eager to work with people of all ages and are very excited to become part of the community.