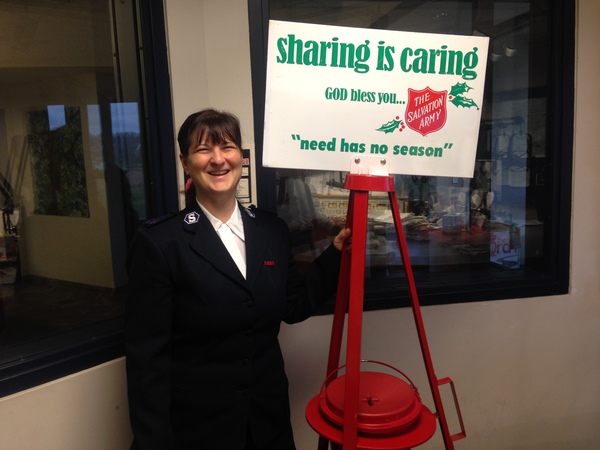 This marks the last busy shopping weekend before Christmas and the Salvation Army of Livingston County is seeking help from area residents.

The Red Kettle campaign is the group’s largest fundraising effort of the year and runs until January 31st. The local corps has raised $222,800 of its $385,000 goal. Bell ringers will be stationed at stores around Livingston County throughout the Holiday season.

Money raised during the campaign goes towards a number of programs, including energy assistance to keep heat and lights on, homeless shelters, rental assistance, food for the hungry, youth mentoring programs and more.

Major Prezza Morrison says she has faith in the community and cited the generosity of one local resident who recently donated a gold coin worth around $1,200.

The organization is looking for bell ringers on Christmas Eve as well. You can sign up at www.registertoring.com.