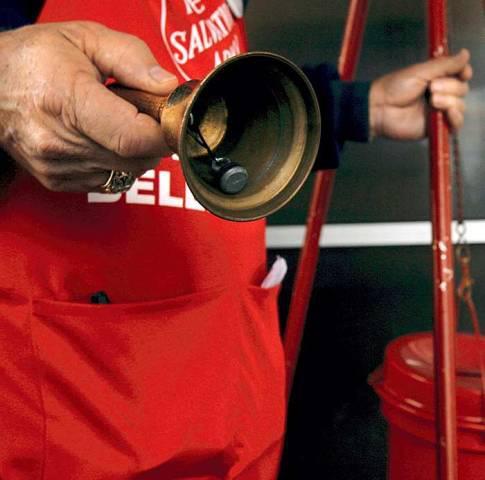 
Bells are ringing out at Red Kettles across Livingston County – a sure sign that the holiday season is here.

The Salvation Army of Livingston County’s annual Red Kettle Campaign is getting in full swing. The goal of this year’s Christmas Campaign is to raise $385,000 between the kettles, donations and mail appeals. The goal is the same as last year despite continued and increased need in the community – particularly when it comes to housing assistance according to Lieutenant Robert Leach. He said there starting to see a spike in people needing help with rent and housing payments but also an increase with food assistance.

Leach told WHMI they’re very thankful for all of the community support and generosity. He said volunteers are being sought for various efforts including helping out with their Toy Store in partnership with Toys for Tots but also bell ringing at various locations. Leach says weekends are good but they still need more people to ring on weekday afternoons and evenings.

Those interested can sign up at www.registertoring.com. For those who might want to avoid the cold, Leach says there is still a virtual red kettle option.

Leach noted that Christmas assistance sign-ups are done but those in need can contact the Corps’ Lake Street location. The Red Kettle Campaign runs through Christmas Eve.