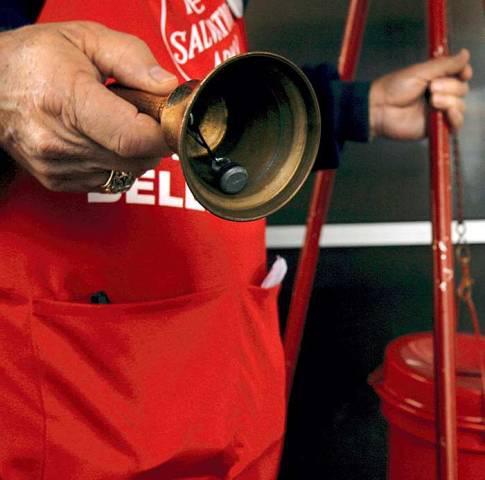 With less than 2 weeks until Christmas, the Salvation Army of Livingston County is in great need of donations to help reach their annual Red Kettle Campaign goal.

The Salvation Army is reaching out to the community, having thus far only raised roughly $100,000 towards their $385,000 goal. The Red Kettle Campaign is responsible for 1/3 of the Corps’ yearly budget and is used to support its year-round programs. One of the challenges the Salvation Army is facing is that the late Thanksgiving meant a later start than usual for the bell ringing. A national agreement with the businesses they ring in front of dictates when they can start and has affected fundraising efforts this year and last. Major Prezza Morrison says that to help combat this, they are offering a new way to donate – by phone. Depending on the type of phone, Morrison says you can tap or use the camera to access a link where you can donate if you don’t have paper money on you.

Another issue the Corps faces is a lack of people to actually ring the bells. Morrison says they are struggling to find both volunteers and paid ringers, leaving many kettles unmanned. For those wishing to help, there is still time and opportunity to do so. Individuals, businesses, and even families can sign up to ring at locations they get to pick, for as little as 2 hours at a time. Morrison is optimistic their goal can still be reached. She said every year she’s been there, there is always a week they get nervous about the donations, but the community has a way of coming together to help them reach it.

Those wishing to donate can do so at a red kettle, online at www.salvationarmylivingston.org, or by visiting the Corps’s office at 503 Lake Street in Howell.
Those wishing to become a bell ringer should visit www.RegisterToRing.com.(MK)