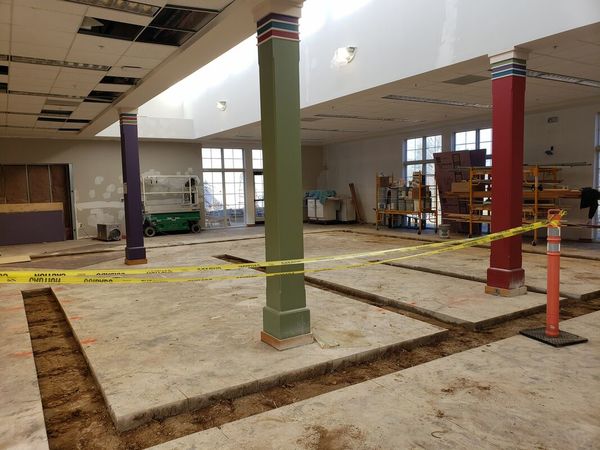 A ribbon cutting event is planned at the Salem-South Lyon District Library, along with a spring fundraiser.

Since the approval of a millage increase in 2013 to enhance facilities and make improvements, the HVAC system has been upgraded, front doors replaced and public restrooms renovated. Work is now in the final phase, which involves the expansion of the children's area and the addition of a second meeting room. The 2,800-square-foot addition will double the size of the current children’s area, include additional space for materials, a designated tween area, quiet study and seating areas for children and their caregivers, an additional programming room and two restrooms. The existing children's area is being renovated as well.

An upcoming ribbon cutting event will celebrate the new children’s expansion. It will be held on Sunday, June 2nd at 1pm and feature activities for kids of all ages, along with slides, a petting farm and music. Meanwhile, the Friends of the Salem-South Lyon District Library will be hosting a fundraiser at the Coral Sash Boutique on Thursday, April 25th from 5 to 9 PM. Funds raised will go toward maintenance of the existing gardens at library but also create a new garden in front of the new addition and entrance currently underway. The group says community members may not realize that membership dues, donations, and purchases of used books allowed them to gift over $30,000 to the library this year. They thanked everyone for their continued support, saying without it they wouldn't be able to do this year after year.

Expansion photos and information can be found through the link. (JM)