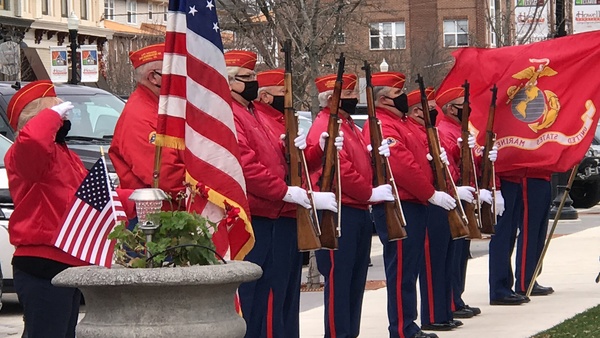 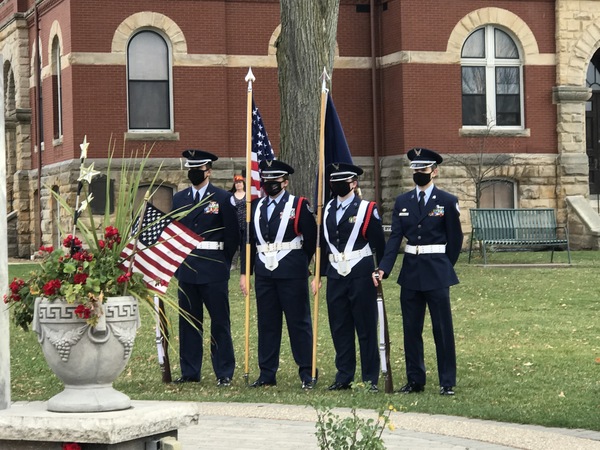 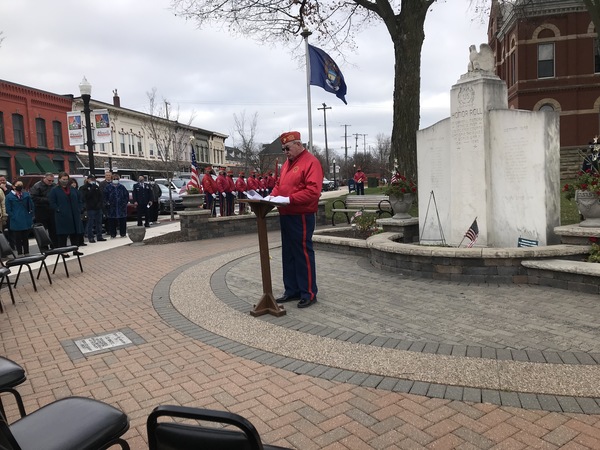 
A crowd of veterans, local officials and residents gathered this morning in Downtown Howell to pay tribute to the nation’s veterans.

Following a 21-gun salute by the David Murnighan Detachment 161 Livingston County Marine Corp League Honor Guard, the traditional playing of Taps marked the cold, windy day for those assembled to mark the annual Veterans Day observance in front of the veteran’s memorial in front of the Historic Courthouse. Leading the ceremonies was Howell Mayor Nick Proctor who spoke about the sacrifices made by the men and women of the nation’s armed forces. "Regardless of how one feels about policies that lead to war, let there be no doubt that veterans serve with honor. They serve to make life better for others. They preserve our freedom."

Also speaking was Republican State Senator Lana Theis, who said the nation’s essential documents were only possible through the defense of liberty over the centuries. "The foundations of this country are well known. The Constitution...is the best historical document written to create a country in the history of the world, and we get to looking at it, we get to keep referencing it and we get to keep living by it because of people like you."

8th District Democrat Elissa Slotkin also spoke, saying her husband was a proud U.S. Army veteran, while her two step-children were currently serving in uniform. "I know first-hand that the life of service has profound ripple effects that reach across the entirety of our society. I spent much of my career alongside the military in the CIA and I can tell you that my experience is that pretty much every veteran of any era will proudly say that their time in uniform was some of the most significant and impactful in shaping their lives."

Slotkin also said that while honoring veterans with words was important, it was just as important to do so with actions, announcing that she and a Republican colleague from Ohio, Rep. David Joyce, had sponsored a bill to make permanent the Solid Start pilot program in which the Veterans Administration is mandated to reach out to veterans at least two times within their first year of exiting the service to inform them about the different resources, benefits and services available to them.

Slotkin said she hoped to move the legislation to the floor by the end of the year, and if not, then it would be her first priority in the new Congress.