Traffic Light Up At Busy Intersection In Fenton 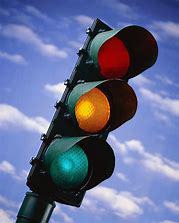 A traffic light has been installed at a busy intersection in Fenton after a suspected drunk driver destroyed a large traffic pole.

A suspected drunk driver struck the traffic light and pole at the intersection of Rounds Drive and Shiawassee Avenue in early July. A 24-year-old Sterling Heights man was said to be traveling eastbound on Owen Road/Shiawassee Avenue. The road curves at the traffic light but the driver reportedly steered directly into the pole. He sustained injuries in the crash and fled the scene but was located in a nearby neighborhood. Since that time, the intersection has been treated as a temporary four-way stop. The Genesee County Road Commission programmed the traffic light Monday. The news was welcomed by many who travel in the area, including parents who said they were thankful the light went up before the start of school as traffic likely would have been a nightmare.

Meanwhile, a construction project on Fenton Road has been completed ahead of schedule by the Road Commission. Fenton Road between Grand Blanc Road and Cook Road is back open to all traffic but motorists are advised that police officers will be monitoring the newly paved road that has a posted speed limit of 45 mph. (JM)