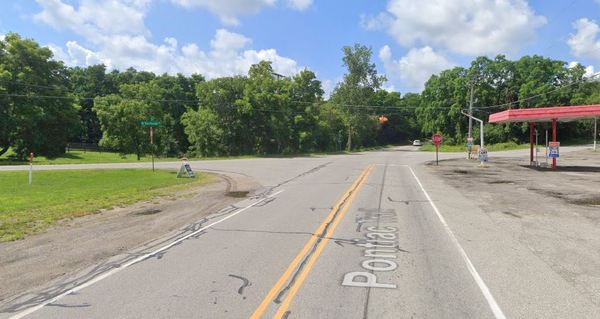 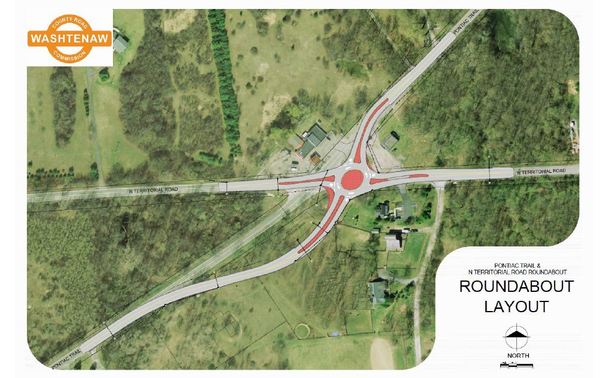 
A recent virtual meeting aimed to educate the public about a roundabout construction project that will be taking place next summer at a busy intersection and definitely disrupt traffic.

The Washtenaw County Road Commission hosted the meeting regarding the project planned at the intersection of Pontiac Trail and North Territorial in Salem Township. It’s currently an all-way stop controlled intersection. The reason for the improvements was said to be congestion during peak travel periods as it doesn’t have a lot of crashes – the morning rush hour when people are primarily heading south from South Lyon to Ann Arbor or east toward Wayne County and then in the afternoon/evening when people are traveling north on Pontiac Trail to head back to South Lyon/Oakland County or westbound toward Dexter on North Territorial Road.

Senior Project Manager Mark McCulloch said based on those congested volumes, there’s a lot of delay and a lot of undesirable emissions from wasted fuel from vehicles that are sitting in line and idling waiting for their turn to go through the intersection. From a safety standpoint, congestion and cost benefit, McCulloch said a roundabout was deemed the preferred option over a traffic signal. He noted that there are severe angles between the two intersections and if a signal was installed, that could result in a T-bone collision should someone run a red light.

McCulloch said work should begin in mid-June of next year and be completed by Labor Day, possibly before. However he cautioned that for around 10 to 12 weeks, the intersection will be closed to thru traffic and access will only be maintained for residents and property owners within the projects limits. McCulloch said the proposed detour route is not pretty and is significant but the reason why it’s so long is because the project involves two commercial corridor routes. He said they want traffic to use paved roadways and avoid taking people down gravel roads. The posted detour will be Six Mile to the north using Plymouth and Curtis Roads and then Plymouth Road for southbound.

McCulloch noted the roundabout will be larger in nature due to the existing geometry of the two intersecting roadways and unfortunately, they can’t put it closer to where the existing footprint of the current intersection is.

Work will involve grading the intersection, drainage and storm sewer work, constructing curb and placing pavement before installing permanent signs and pavement markings and doing yard restoration. The Road Commission is also in talks with DTE about some intersection lighting. The project is expected to go out to bid this winter.

McCulloch said they will provide access to Edith’s Market, The Flower Bar and a dentist office. It was stated that the market has a proposed site development with the township and is looking to redevelop the land and provide new amenities. A representative of the Flower Bar indicated they won’t be able to stay open as their customers are commuters and it would be more expensive to stay open than close. Other concerns were raised by property owners who live in close proximity to the intersection about tree removal and their ability to get out of their driveways as traffic will no longer be stopping. McCulloch said there will be gaps and assured that based on his experience; very often those concerns do not come to fruition after the roundabout is constructed.

The Road Commission will host a construction information meeting next spring. More information about the project is available in the attachment.