Suspect Sought For Vandalism At Round Lake Nature Preserve 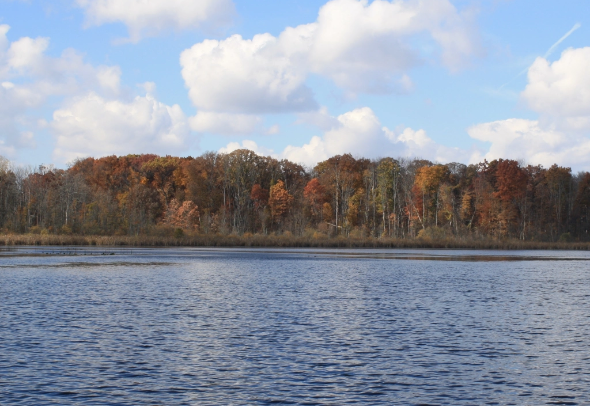 
A local non-profit is hoping to identify the person or persons responsible for vandalism at one of its nature preserves.

The Livingston Land Conservancy says there was “some serious vandalism” done at their Round Lake of Hartland Nature Preserve. It happened sometime between December 11th and last Sunday, January 8th in an area of the 50-acre preserve located a half mile south of M-59, east of US-23, on the east side of Blaine Road.

Officials say measures were taken to prohibit trespassing by a person or persons who installed an unauthorized trail for an ATV to access the lake. The non-profit says it put up barriers, removed pallets used in the wetlands, and confiscated an ATV accessory.

Officials noted that whoever is responsible has now vandalized their main sign, spray painted several boundary signs, and smashed two trail cameras - all easily totaling over $300.

The Conservancy is appealing to anyone who lives in the surrounding neighborhoods or may have seen anything driving by along Blaine Road.

President Sara Thomas told WHMI “This wasn't a simple "tag" of our sign; there seemed to be some serious anger behind it - obviously mad that we blocked their unauthorized trail, on our property no less, but alarming in its violence”.

Thomas says a police report has been filed and they’re hoping that anyone who knows anything will contact them at livingstonlandconservancy@gmail.com or
810-229-3290.

A link to the Conservancy's Facebook page is provided, where a photo of the vandalism can be viewed.