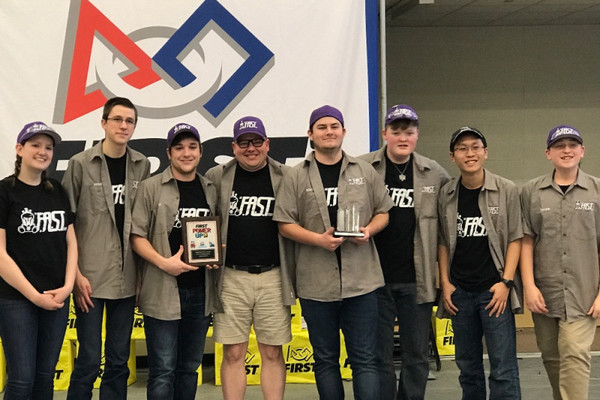 A local robotics team is hoping to raise enough funds to attend the Michigan state championships.

The F.A.S.T., or Fowlerville Area Scientific Technicians, Team is competing this year for the first time in the FIRST Robotics program. Officials say the team did well this past weekend in their second-ever event in Lakeview, Michigan. They did so well in fact that they won the All-Star Rookie Award, the highest award a Rookie team can win. That, along with how they did in both of their competitions, qualified them for the Michigan State Robotics Competition this coming weekend in Saginaw.

Organizers say they now have a huge challenge and all of the members of the team are reaching out to friends, family, and social media to raise the funds needed to attend the State Championships.

A GoFundMe campaign has been launched to raise funds to pay for participation fees and get the team to Saginaw Valley State University for the Michigan State Robotics Competition, a four day event. A link to the fundraising page is provided. (JM/JK)