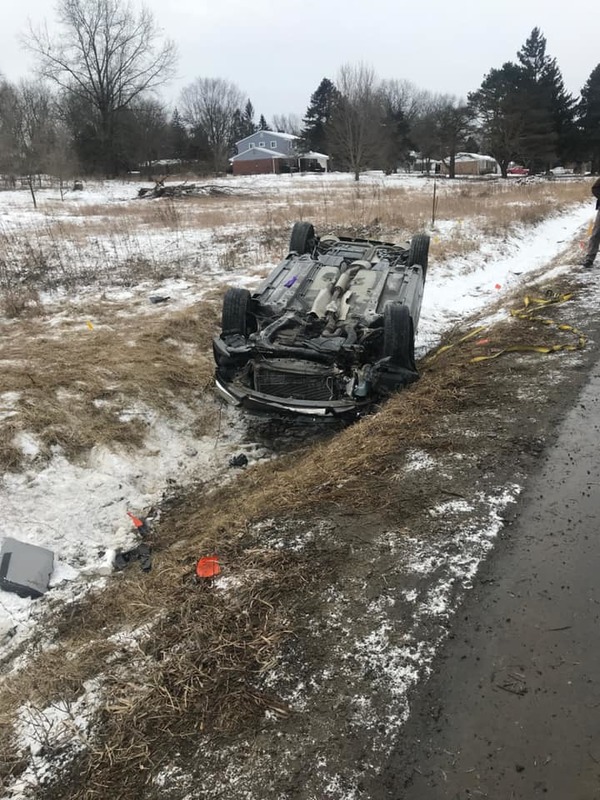 A woman was hospitalized following a rollover crash in Lyon Township.

The Lyon Township Fire Department responded around 9:28 this morning to a single car accident on Pontiac Trail near Milford. Crews arrived to find a car rolled-over with the driver trapped inside. Deputy Fire Chief Doug Berry tells WHMI there is a deep ditch in that area and they had to lift the vehicle off the ground to safely remove the woman from the passenger compartment. He says it was difficult to remove her because of the positioning of the vehicle in the ditch and they had to use lifting and stabilizing tools to extricate her.

The driver sustained minor injuries and was transported to the hospital by Huron Valley Ambulance. Extrication took 15-20 minutes and the crash was cleared around 10:45am. Officials remind that seatbelts save lives, especially in today’s accident. Photos: Lyon Township Fire Department Facebook. (JM)