Road Commission Director Ready for Winter with Plenty of Salt 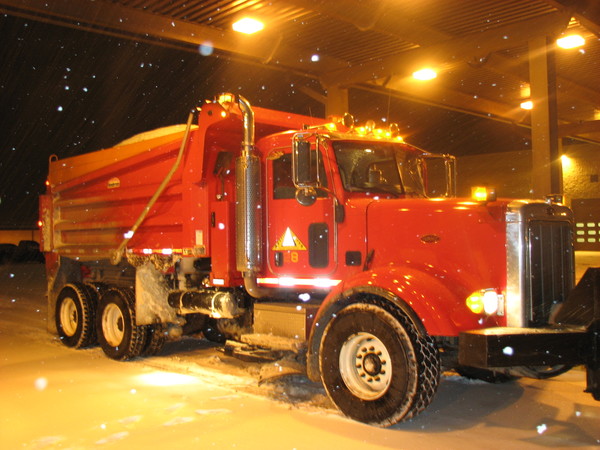 Although the long-range forecast for this winter calls for above-average temperatures and less snow than normal, the Livingston County Road Commission is ready for whatever Mother Nature brings. According to Managing Director Mike Craine, they have plenty of road salt on hand to handle the most dicey wintertime weather situation. Craine says that while they used 1,700 tons of salt in November, they have not had to use any this month because of the mild weather.

Normally the road commission keeps between 5,000 and 8,000 tons in its inventory just to make sure there’s plenty on hand for any possible emergency. Craine says they join each year with Genesee and Lapeer counties in a consortium in order to save money in the purchase of salt, reserving 20,000 tons a year. The current price is $52 a ton, about the same as last year – and that costs the road commission just over $1 million, making it a significant expense in their budget.

Craine says although there is plenty of salt on hand in the salt storage building right now - and the forecast is for less snow than normal – it can be depleted quickly if any big storms come our way during the month of February and into March.

Craine says the County Road Commission is only responsible for county roads, and not freeways such as I-96 and US-23, since the Michigan Dept. of Transportation handles those roadways from the MDOT Transportation Service Center in Brighton. The managing director admonishes drivers to take just a couple of minutes to clear their windows of snow and ice before they drive away, saying that can save both them, and snow plow operators, plenty of grief later on. (TT)