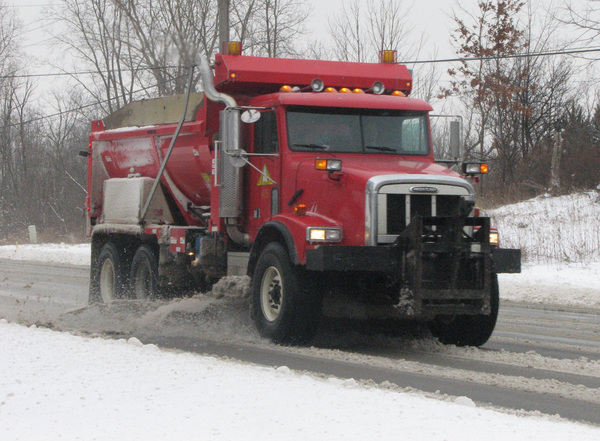 With winter weather in full effect this week, officials from the Livingston County Road Commission are encouraging drivers to still stay off the roads, if possible. It’s been a busy week for the Road Commission as many schools and governmental offices have been shut down because of heavy snow and dangerously cold temperatures.

LCRC Managing Director Mike Craine said they are still getting hammered by the wind and that is particularly a problem in the county where there it is mostly undeveloped land and farm fields. Craine says that it is in these rural areas that they are seeing the worst snow drifts. Fowlerville and Gregory appear to have been hit the worst with drifting snow. Craine said that it’s mostly East-West roads being affected, but because of the direction of the wind, some North-South roads are seeing big drifts, as well.

Craine said that so far the equipment has been superb and the personnel are in good shape. By and large commuters have been cooperative, he says, though there are always the few impatient exceptions. With temperatures being so low, the Road Commission, where needed, will use sand instead of salt. Craine says that they have used salt sparingly over the past couple days, but with sub-zero temperatures it will have no effect. Sand can also better endure the high winds while providing grit to grab wheels.

Craine advises that if you don’t need to be on the roads over the next day or two, to avoid it. He says “work from home if you can, and if you have school aged children, odds are they will be home, so you might as well be too.” (MK)