Sinkhole On Rickett Road Repaired In City Of Brighton 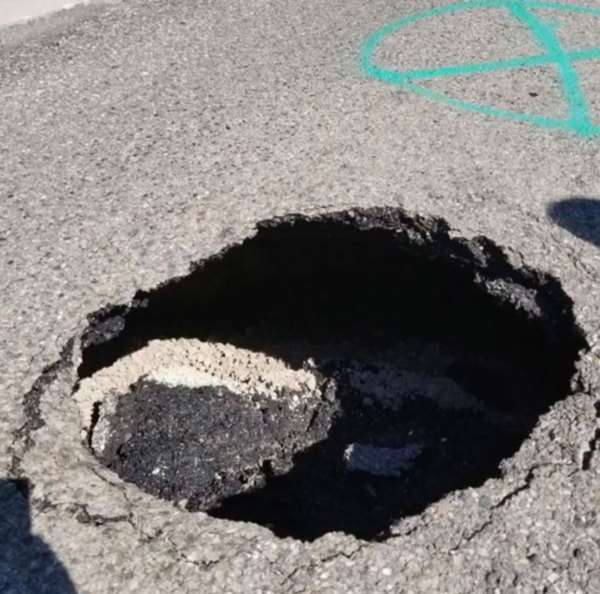 A sinkhole in the City of Brighton prompted traffic hazards and emergency repairs Friday.

At approximately 3:30pm a small sinkhole, caused by a collapsed sanitary sewer line, was identified in the northbound lane of Rickett Road between Sisu Knoll and Oakridge. The sinkhole was relatively large and posed traffic hazards for those traveling in the area. The City says that’s the same sanitary sewer line that experienced a failure further south on Rickett Road and is scheduled for repair. Rickett Road re-opened around 6pm.

Officials say what happened is a perfect illustration of why the Brighton City Council has placed a Headlee Override request on the August 7th ballot. Without adequate funding for streets, the City says it is nearly impossible to stay proactive on needed underground utility replacements. Officials add there is older underground infrastructure elsewhere in the City needing to be replaced. (JM)