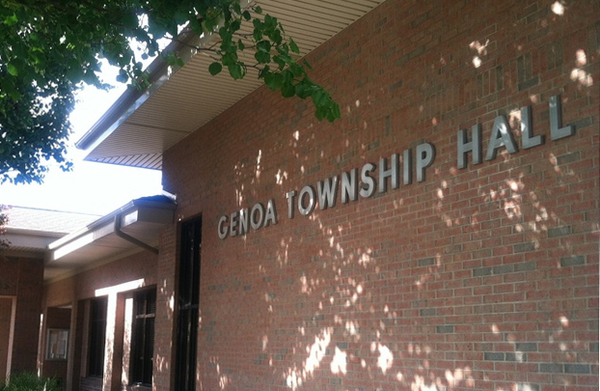 A rezoning request related to a new indoor storage facility will be back before the Genoa Township board.

At a recent meeting, there was an introduction and first reading of an ordinance for a proposed rezoning of 10.62 acres located at 2528 Harte Drive, on the south side of Grand River and east of Euler Road. The requested rezoning is from general commercial district to industrial with a planned industrial district overlay. The request is from James Pappas and the location is that of the old Birkenstock Elementary School. Township Supervisor Bill Rogers says some will remember the building, which sat idle through the years as an elementary school but now has several businesses. Rogers says temperature-regulated indoor storage is the new thing they’re seeing and this is one of the first groups to finally come forward with a proposal. He says massive indoor storage appears to be among the new popular things. He says most everyone will remember the typical facilities with one garage door after another. In this case, he says it might look like a two story industrial building but there is actually access at each end and people drive through to unload stuff – which will make it look a lot nicer.

The planning commission has already recommended approval. The rezoning request will be back before the township board for potential action at the May 6th meeting. A public hearing is scheduled. (JM)