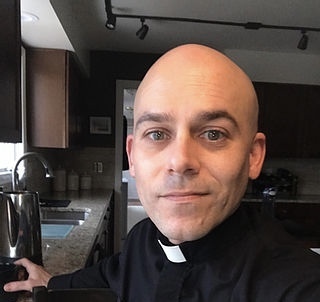 
An investigation has revealed that a former priest at a local church admitted to having a sexual encounter with a 16-year-old whom he met online.

The Reverend Shaun Lowery was placed on ministerial leave from his post as Pastor of St. Mary Magdalen in Brighton in March 2021 pending an investigation by the Michigan Attorney General’s Office. He was appointed to the position in 2019.

A statement from the Diocese of Lansing says in March 2021, a high school student reported that their friend, a 16-year-old male, had engaged in sexual activity with Lowery and the encounter had been organized using the mobile app Grindr. The person said that the friend recognized Lowery as a priest, was concerned by the events, and reported it.

The Diocese says it immediately forwarded the information to the Attorney General’s Office, which began an investigation.

During an interview, the Diocese says Lowery confirmed to law enforcement that the alleged sexual encounter had taken place but claimed to have been unaware that the young person in question was a 16-year-old and presumed he was an adult. It was also confirmed that the encounter had been arranged through Grindr, a mobile application that requests age verification on the part of all subscribers to affirm they are over 18 years of age.

In May of 2021, the Attorney General’s Office announced it would not be pursuing any prosecution against Lowery as Michigan’s statutory rape law requires a victim to be under 16. A statement from the Diocese said the Office also noted that since there was no allegation that the sexual contact was non-consensual, there was no crime under Michigan law.

At that time, an AG press secretary told WHMI “Let’s be clear: no criminal charges is not equivalent to exoneration. We appreciate the diocese’s cooperation as well as those who shared their stories for this investigation”.

The Diocese then proceeded with its own investigation under the Church’s Code of Canon Law, which defines a minor as a person under the age of 18. Thus, the case was referred to the diocesan Review Board for the Sexual Abuse of Minors.

After reviewing the details of the case, the CDF informed the Diocese that, in its judgment, the violation of the law of sexual abuse of a minor was not imputable against Lowery because it was committed before the new Norms Regarding Delicts Reserved to the Congregation for the Doctrine of the Faith had been promulgated and came into force on December 8th, 2021.

The Diocese says the new norms state that “ignorance or error on the part of the cleric regarding the age of the minor does not constitute an extenuating or exonerating circumstance.” Prior to December 8th, 2021, the status of such cases was said to be unclear. Thus, the CDF explained that Lowery could not be held to the new norms since his conduct occurred prior to that date.

The Diocese has asked for clarification on certain aspects of the ruling and says it is currently awaiting a response. Once that is received, the Diocese says it will determine the next steps to be taken.

Meanwhile, the Diocese reports that Lowery resigned as pastor of Saint Mary Magdalen in April of this year and is now seeking to be released from the priesthood.