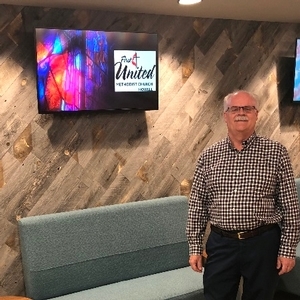 
A special event is planned this weekend for a longtime pastor who is retiring after three decades of serving the local community.

Reverend George Lewis, the current pastor of Howell First United Methodist Church, will officially retire on June 30th. To recognize Reverend Lewis’ retirement, a Farewell Drive-By Parade will take place this Sunday from noon to 2pm at Howell First United Methodist Church located at 1230 Bower Street. Organizers say church and community members are invited to drive by to wish him farewell as he begins his next chapter of life. Lewis has served as a United Methodist minister for 30 years, starting his years of service in 1990 at Kilmanagh and Unionville, in Michigan’s thumb area. For the past decade, he has pastored at Howell First United Methodist. During that time, he has worked closely in and around the community, enjoying community events such as festivals, concerts at the courthouse and much more. Officials say Lewis has truly embraced Howell and the Livingston County community. He was said to be very involved with the Howell Ministerial Association, and supportive of the annual CROP Walk, Walk for Warmth, Gleaners food pantry and community garden program, as well as many other local organizations.

Meanwhile, Reverend Lewis’ wife, Reverend Sherry Parker-Lewis, is leaving her duties at Brighton First United Methodist Church. They are said to be moving to be closer to family on the west side of the state.