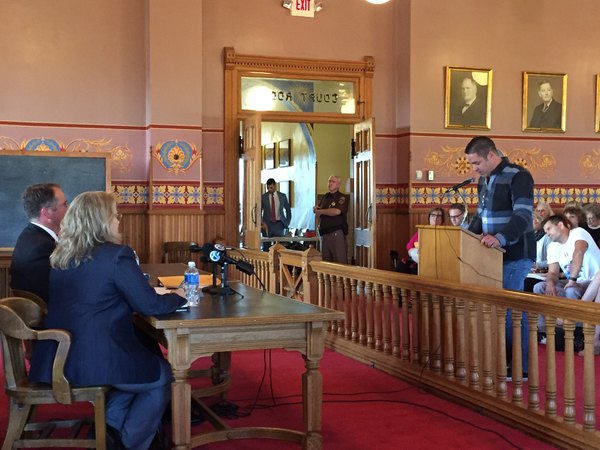 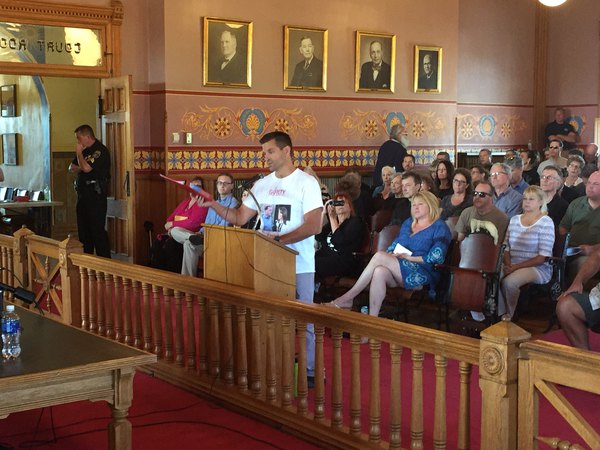 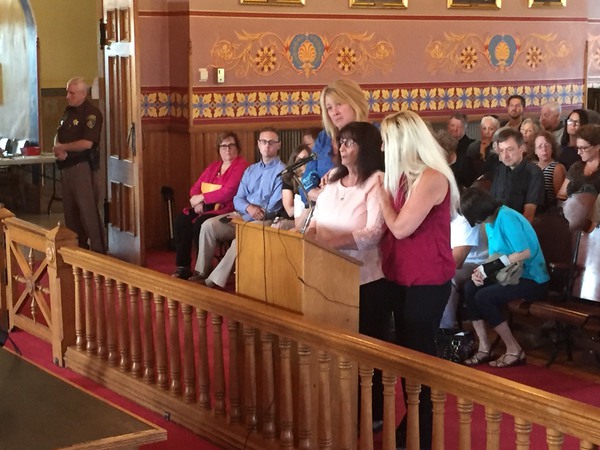 The meeting was organized by State Senator Joe Hune of Fowlerville and State Representatives Lana Theis of Brighton Township and Hank Vaupel of Handy Township. The three officials sought input from residents on how Judge Brennan has “damaged” their lives, but were willing to hear positive testimony as well. The testimonies were overwhelmingly negative. Unadilla Township Supervisor Linda Walker was among those that testified. Walker has been an attorney for 36 years and says she’s never had a problem with any Livingston County judge except for Brennan.

Walker says her ex-husband had been harassing her in various ways so she came before Brennan to request a personal protection order. With her ex-husband in the courtroom as well, Walker says Brennan turned to her and said, “You’re not really afraid of him, you’re just here because you’re an attorney and you can take advantage of him.” Walker says her ex-husband later came to her office and held her at gunpoint, threatening to kill her. Walker filed several motions to have Brennan recused from the case, none of which were ever granted.

Resident Julie Chambers also had a negative experience with the judge, who terminated Chambers’ PPO against her ex-husband. Chambers says Brennan ordered she give her personal handgun to her ex-husband, despite the fact that Chambers had obtained it prior to their marriage. Chambers was among several others that say Brennan is part of a much larger scope in a broken court system, calling it a "good ol' boys club". Mike Bambas, whose assault and battery case came before Brennan, also called for a complete overhaul of the court system.

Bambas says Brennan threatened him and his attorney, later admitting she was biased, would tell witnesses not to answer or would answer for them, and threatened to deny his motions if he pursued the case. In his claims, Bambas called out other local judges for upholding Brennan’s orders despite knowing she had been operating without judicial authority.

Hune feels the best thing Brennan could do is to resign, but says he and his colleagues don’t see that happening. He says testimony from citizens will be turned over to the Michigan Judicial Tenure Commission and the Supreme Court Administrator’s Office, although both of those agencies have said it would be inadmissible as legal evidence. However, it may be used in a possible impeachment process that Representative Theis is working on in the Legislature. The JTC in June filed a complaint against Brennan alleging various counts of improper conduct and will conduct a hearing October 1st. The JTC will then submit their recommendation to the Supreme Court, which will then make their own determination of guilt or innocence. Brennan is also the subject of a separate criminal investigation by Michigan State Police.

Speaking to those attending the hearing Hune said, "All of these things are taking too dang long. We’re keeping the pressure on... all of your comments aren’t on deaf ears." (DK/JK)