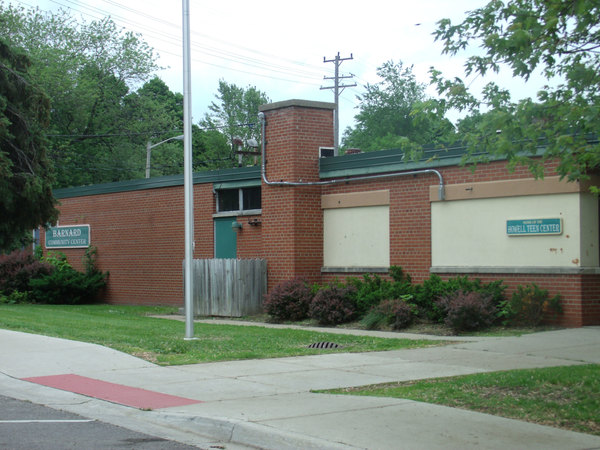 
The Howell City Council fielded some questions related to the upcoming demolition of the old Barnard Center building.

Council earlier ordered demolition of the former Northeast Elementary School, which later became the Barnard Center. The building is a bad state of disrepair and Council has been eager to get rid of the eyesore and restore the property to buildable condition. The company awarded the contract is currently preparing the site for demolition.

Council met virtually Monday night and heard from resident Elizabeth Garbi, who lives along the property line adjacent to the building. She raised questions about airborne debris and scrap debris and how particulate matter would be contained during the demolition – further commenting there are children of a curious age in the area who might want to explore the site after hours.

DPS Director Erv Suida responded that staff will be keeping a close eye on the site and noted anything that could pose a danger would be secured properly at the end of each day once the work gets underway. Suida stated it is a permitted application so work has to be done in accordance with the permit. He said there are no concerns and after asbestos remediation during demolition, water is used to control dust. Suida said he didn’t know of any other concerns out there and the DPS will monitor demolition very closely.

Suida said a large excavator will be used to take sections down and some materials would likely be recycled. He said the site is manned daily and while not 100% of the time, staff will do frequent stops and monitor progress. Suida said that includes end of the day checks to make sure the site is left in a reasonable and safe condition – adding if fencing is needed then they’ll require it. He noted the police department will monitor the site during off-hours to make sure kids aren’t playing on debris piles and people aren’t rummaging through things.

The parcel has since been split into three lots zoned single family dwelling, which was approved by the Planning Commission last week. Further direction will be sought from Council in next month or so to determine if they want to sell all of the lots at once to a developer or individually. Staff is also studying what will be done with parking in the area.

There is currently no start date set as the City is still waiting on utility companies to perform disconnects. Once that happens, demolition can take place immediately. That and restoration should take between 2 to 3 weeks. Updates will be posted on the City of Howell’s website.