Residents, Families Gather In Brighton In Support Of Climate Strike 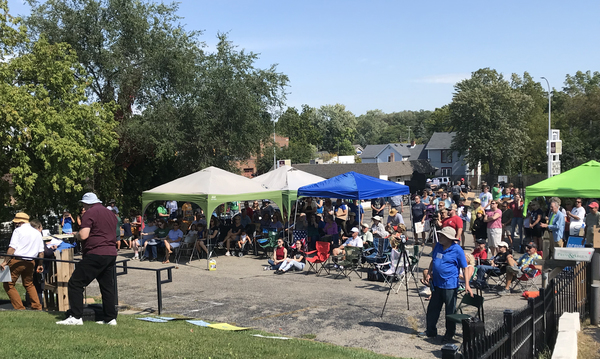 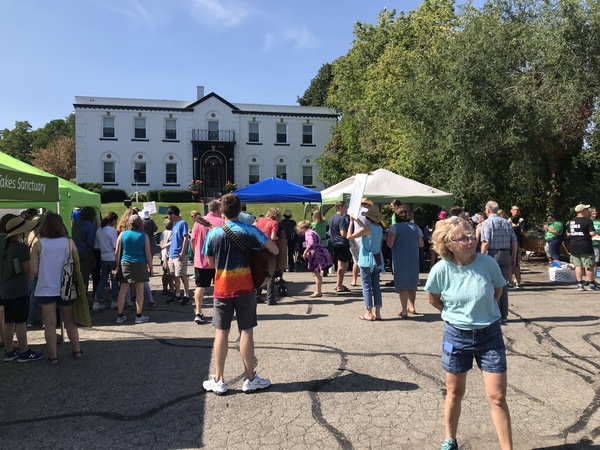 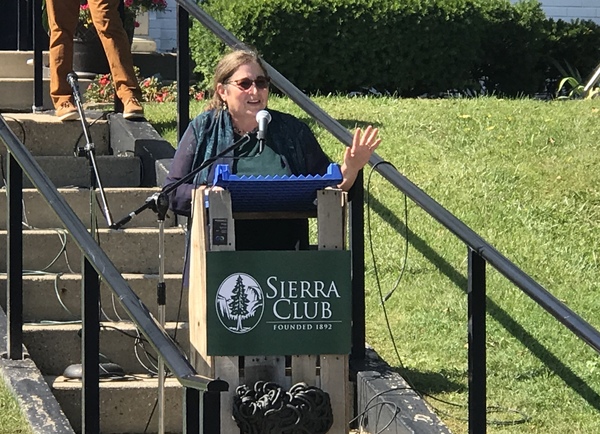 More than 100 local residents concerned about climate change gathered at an event in Brighton Sunday to show solidarity and call for action.

Climate Strike is a weeklong youth-inspired global event to bring attention to the need for changes in policies around climate change. While most of the gatherings worldwide took place on Friday, many of the events continued through the weekend, including one sponsored by the Crossroads Group of the Sierra Club and the Brighton Chamber of Commerce Environmental Coalition. Held on the front lawn of the Brighton Chamber building on E. Grand River, the gathering featured music, kids activities, recycling stations and environmental information.

Among those speaking was Dr. Debra Rowe (bottom picture), President of the U.S. Partnership for Education for Sustainable Development, and a professor at Oakland Community College. Rowe, who holds a bachelor’s degree from Yale University and two master’s degrees and a PhD from the University of Michigan, told the crowd that panic in the face of the global climate crisis was not productive and action is what is needed, especially as the solutions are already in hand. "We've had solutions for a long time. Don't believe it when people say we have to do research and development to get to the solutions. I've been teaching solar energy, wind power, how to make your homes less polluting and energy efficient and your buildings and your transportation. This is my 40th year of teaching this at the higher ed level and I can tell you that the studies show that we can get off of fossil fuels now."

Other speakers spoke about the overwhelming consensus among climate scientists that the planet is warming at an increasing rate due to human activity and to ignore those trying to portray it otherwise. Organizers say they were pleased with the enthusiastic response from the crowd and urged those present to make efforts at shifting the political conversation toward definite action. (JK)