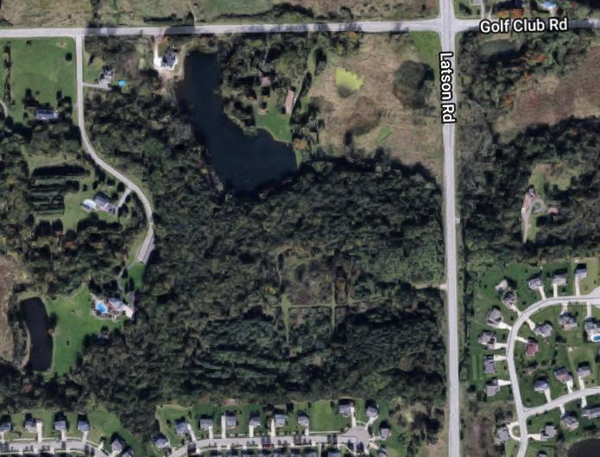 A developer has withdrawn a rezoning application that would allow for higher density housing over a large plot of land in Genoa Township.

The proposal from Gary Boss sought to have 46.5 acres at the southwest corner of Golf Club and Latson Road rezoned from Rural Residential (RR) to Urban Residential (UR). That would allow for 3 units per acre, as opposed to the current zoning which only allows for 2 units per acre. Boss reportedly wanted to sell the property to a church which would use 25 acres for its campus, and sell or work with a developer to build approximately 72 units on the remaining space.

But the proposal has been met with resistance from both community members and township officials; with concerns raised about the increased density and that the rezoning didn’t match the township’s Master Plan or the Future Land Use Plan. Residents also worried about the church backing out and a new developer coming in and having free reign with UR zoning.

Officials say there are other challenging factors within the plans in addition to the increased density and a lack of compatibility with the township’s Master Plan or the Future Land Use Plan. Proposed points of access to the parcel were essentially rejected by the Livingston County Road Commission. Wetlands on the property also could make it difficult for a configuration that would allow for a lucrative development.

A request from Boss to cancel a hearing regarding the rezoning application came before the township’s Board of Trustees Monday and was approved. Township Supervisor Bill Rogers believes the negative feedback from residents and officials has developers re-thinking their original plans. He says his impression is that developers realized based on feedback that the proposal was too drastic of a change. Rogers believes project leaders will reconsider their plans and return to the township with ones that will better coincide with the Master Plan adding, “I think they were going for the moon and now they’ve got to come back to coast the coast.” (DK)