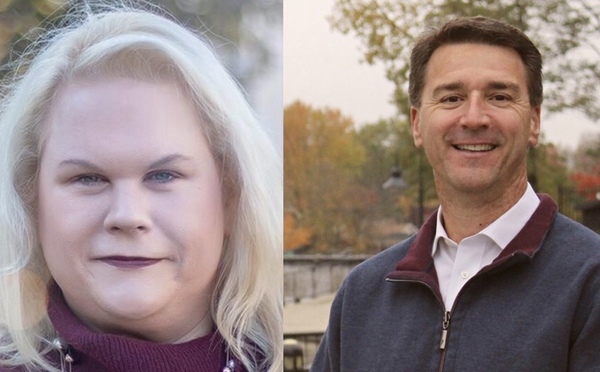 East Lansing attorney Kristina Lyke and one-time news anchor Paul Junge both announced today campaigns to seek the GOP nomination for the 8th Congressional District. Lyke, who was born and raised in Livingston County, said her decision was the direct result of what she called, “Slotkin’s far-left impeachment attack on President Donald Trump.” Slotkin made headlines in September when she publicly announced her support of hearings of alleged wrongdoing by Trump, but maintains she has not decided whether she’ll vote on an impeachment resolution until the hearings are complete. However, Lyke called Slotkin’s agenda “socialist” and said her main priority will be to continue economic growth while cutting back on business regulations. “I want to make it easier for Michiganders to have a pathway to success. I will also be a fierce defender of our freedoms. While Slotkin pushes a socialist agenda, I will push to keep our democracy intact.”

Lyke’s website says she obtained a degree in Political Science from Eastern Michigan University and later worked as a Legislative Assistant to former State Representative Paul DeWeese, and as an Assistant to former Lt. Governor Dick Posthumus. After receiving a law degree from the Thomas M. Cooley Law School, Lyke worked for a period of time with the Livingston County Prosecutor’s Office before opening her own practice in East Lansing.

Meanwhile, Junge also announced his candidacy today citing Slotkin’s “rubber stamp for the liberal agenda,” adding that she, “is leading the charge to impeach and remove President Trump from office.” Junge cited his experience as a deputy district attorney who worked in the domestic violence unit, as a Fox47 television news anchor in Lansing, and most recently in the Trump Administration at the U.S. Citizenship and Immigration Service. He said his priorities include, “opposing tax increases, banning sanctuary cities, protecting your work-provided healthcare, and serving as a pro-life, pro-Second Amendment conservative leader.”