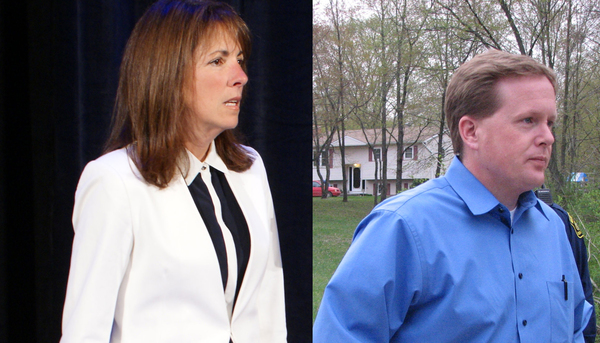 A month before Theresa Brennan was charged with three felonies, former Michigan State Police Sgt. Sean Furlong was granted immunity to testify about their relationship to the Attorney General's Office.

The Livingston County Daily Press & Argus reports that Furlong, the lead detective in the 2008 murders of Richard and Brenda Kowalski in their Oceola Township home, received the immunity in October of 2018 from Wayne County Circuit Court Judge Timothy Kenny. He then provided a deposition to the AG’s office the following month, with charges against Brennan coming a month later.

The former judge, who was removed from the bench by the Michigan Supreme Court in June, is set to stand trial January 13th on charges of perjury, misconduct in office, and destroying evidence in relation to her 2016 divorce case. Brennan and Furlong are alleged to have had an affair while she was presiding over the trial of Jerome Kowalski, the brother of Richard Kowalski, who was charged with the murders. Furlong elicited a confession from Kowalski and testified against him at trial, which ended with his conviction and sentencing by Brennan to life in prison. That conviction was later overturned after the Judicial Tenure Commission concluded that Brennan had concealed her relationship with Furlong in violation of the Michigan Code of Judicial Conduct. Testimony during the JTC proceeding by Brennan’s former court clerk indicated Brennan had concluded Kowalski was guilty before the trial was over because of conversations she had with Furlong.

Jerome Kowalski's attorneys have since requested to see Furlong's personnel file from the Michigan State Police, telling the court that it is necessary to their client’s defense. Kowalski’s new murder trial is set to begin January 9th. Brennan’s trial is slated to begin the following week. (JK)