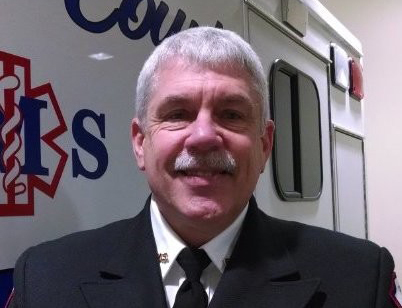 
An internal investigation found evidence that the former head of Livingston County EMS did improperly obtain a certification through falsified records, but resulted in no further disciplinary action.

Longtime EMS Director Jeff Boyd was placed on unpaid leave October 17th, 2019 by county officials while they conducted an investigation and record review of the department’s education function. At issue was an investigation by the Michigan Department of Health and Human Services of Joseph Hahn, who had been the department’s Education Supervisor. He was fired in October by the county after it was determined he had offered advanced EMT certification for employees who had not actually attended the course. Boyd was suspended after Hahn said the former director had received certification for an Advanced Cardiac Life Support course that he had not attended.

That was confirmed by a 67-page forensic audit commissioned by Livingston County and obtained by WHMI from the MDHHS through a Freedom of Information Act request. The report, which was dated March 20, 2020, determined that “a vast majority” of the documents they reviewed “were deficient with respect to completion” and that “Much of the missing information could result in Livingston County being held liable if certification and/or training is questioned.” It also said that concerns were raised “with respect to instructors becoming certified upon attending the Intermediate Trauma Life Support (ITLS) course” and that auditors “determined that no less than 26 instructors were found to be connected to the deficient findings.” In fact, four instructors were identified as having received Certificates of Participation in an ITLS Instructor course on August 29, 2019 although no such course could be identified as having taken place that day.

The report specifically determined that Boyd had fraudulently received an ACLS card for a class dated March 27, 2019. A review by state officials concluded that Boyd’s name appeared on the class roster, but that records indicated Hahn was on vacation that day. Despite that, state officials recommended no further action against Boyd, who was allowed to retire at the end of 2019 after more than 30 years of employment with the county. Meanwhile, a state investigation of Hahn resulted in a February 27th consent order in which he admitted to placing “an individual in an EMS-AEMT class which they never attended by placing their name on the roster…” in exchange for voluntarily surrendering his Instructor Coordinator license and its permanent revocation. Hahn also agreed never to teach or be a subject matter expert for any Michigan-approved initial or continuing education EMS course. However, the agreement allowed him to retain his paramedic license.

The audit report did make 18 recommendations to assist the county in addressing the “deficiencies” in its program. They included a series of safeguards to verify attendance and graded coursework by both instructors and participants. It also recommended monitoring EMS Training “for a period of time to ensure that all forms are completed and all requirements for the completion of the classes, including taking and passing required training and testes, are met.” It was also determined that “instructors need to have the requisite matter expertise for the classes they are teaching as a given. They are lacking in training in how to teach the subject matter, even if they are an expert. Training should be provided to the instructors in basic teaching methods and procedures to ensure they are able to properly implement the training they are providing.”

The current head of Livingston County EMS, David Feldpausch, provided a summary of the audit to the county’s General Government / Health & Human Services Committee on May 4th. He said that of the 18 recommendations in the audit, 15 had already been implemented. He also said that of those 18, eleven concerned proper completion of paperwork. Feldpausch said that while that is most definitely important, it is not a problem unique to Livingston County. He also said that anyone whose certification could not be verified was required to retake and complete the appropriate course. He noted that all of that took place prior to his start on January 6th and credited the county with investigating the issues involved, identifying the deficiencies and making the necessary corrections.