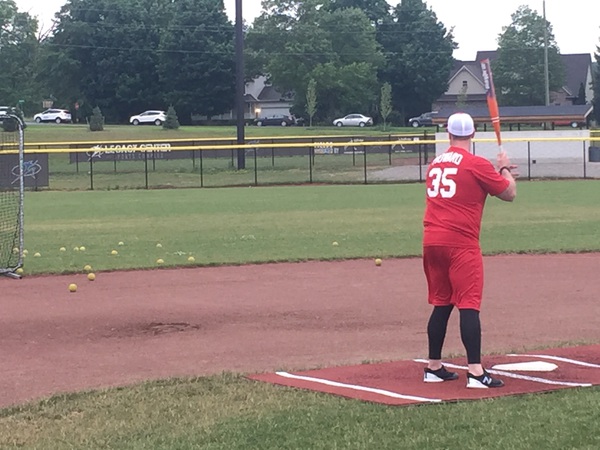 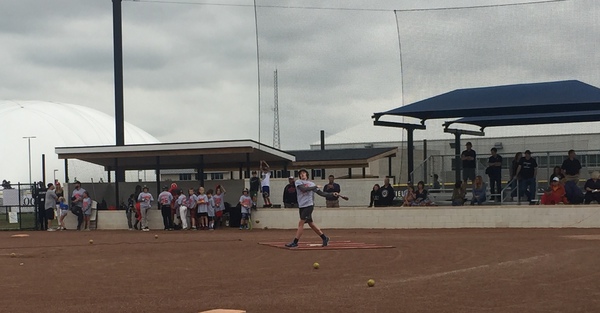 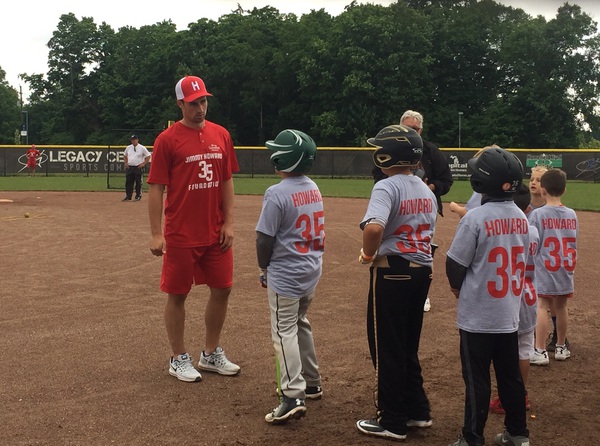 Community members and NHL players hit home runs for a good cause at an event in Brighton.

Detroit Red Wings goaltender Jimmy Howard held his first Howie’s Home Run Derby at the Legacy Center Friday. The event benefits the Jimmy Howard Foundation, which supports research of treatment and cures for disease including, but not limited to, cancer and arthritis.

Those participating in the derby tried to hit as many home runs as possible, as the winner of each of the four age groups received two game tickets and a meet and greet with Howard. The winner of the 8-11 year old age group was 10-year-old Neko Hall of Howell with four home runs. Speaking to his winnings he says, “I’m very excited that my hard work paid off. I can now go see professional hockey players at the new arena.”

Red Wings players Luke Glendening, Dylan Larkin, Danny Dekeyser, Luke Witkowski and Cam Fowler of the Anaheim Ducks supported Howard by joining him at the derby. The players warmed up by hitting some baseballs themselves, then tried their hand at catching while participants took their swings.

The idea to hold a home run derby benefit was dreamed up over a year ago, as Howard says he and his wife wanted to give back to the city that’s given so much to them. His foundation will work with children’s hospitals throughout the Detroit area and the Arthritis Foundation. Howard says the Arthritis Foundation has a special place in his heart, as his 20-year-old cousin with arthritis took his own life due to the pain he experienced. Howard feels no child or parent should have to suffer through those conditions and wants to help in any way he and his family can. (DK)