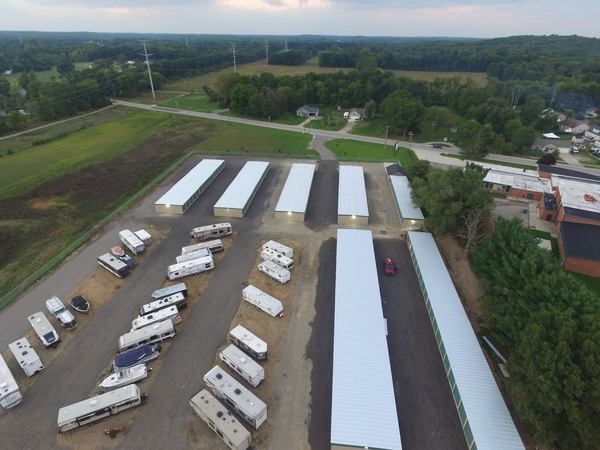 
A potential expansion project is planned at a storage facility in Putnam Township.

At a recent virtual meeting of the Planning Commission, concept plans for the Red Rock Mini Storage expansion project was on the agenda under new business. Very preliminary sketches were offered for a proposed building.

Owner Scott Spadafore indicated they’ve been working with engineers to see what they can do with the site but wanted the Commission to take a look and weigh in with any initial observations or concerns to see if it was an acceptable conceptual expansion for outdoor storage. It would be used for things like campers, boats and vehicles. The same entrance off M-36 would be used.

Plans call for putting a new building across the front of the site and expanding outdoor storage to be able to utilize the rest of the back property. Outdoor storage of boats and recreational vehicles is permitted under ordinance, provided the area is behind a storage building and in accordance with other sections. Additional screening standards apply. Spadafore said he assumed concerns would be the road frontage and possible side yard view of the outdoor storage, which he says the ordinance will address and they’ll follow whatever it says.

Commissioner and Township Board Liaison Norm Klein said a lot would be focused on screening, buffering and berms to make it look not gaudy and like it is sticking out beyond the rest of the development and front portion.

Spadafore said whatever the ordinance requires for the building they’ll adhere to but really haven’t decided on the type or style yet, noting screening will be addressed. He plans to formally present something within the next couple of meetings.