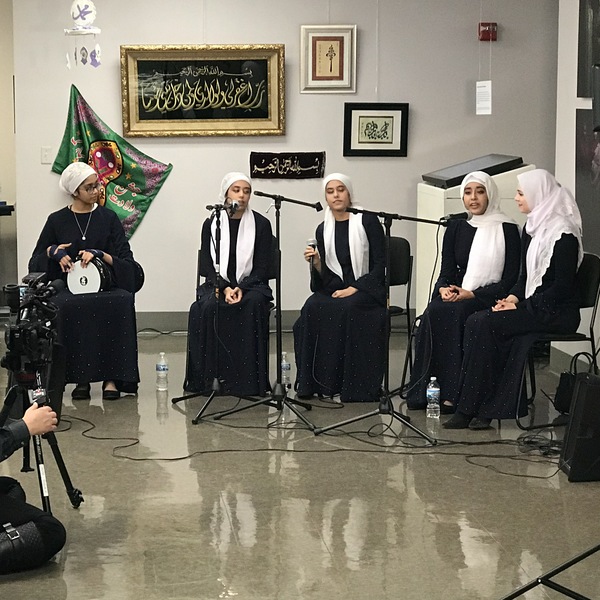 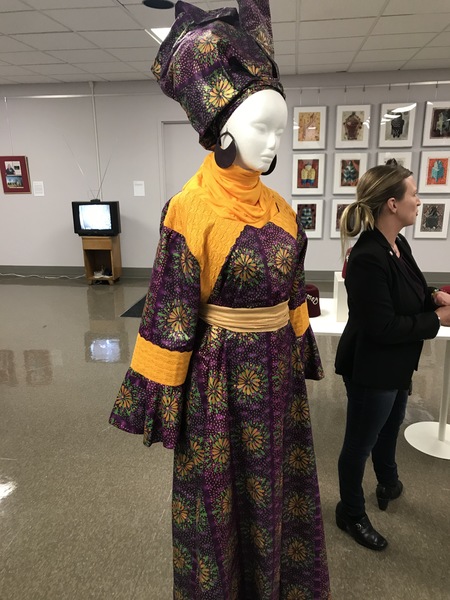 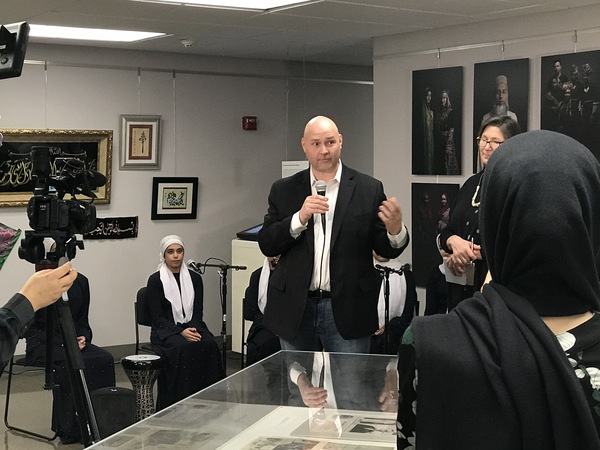 Islamic devotional music helped to open up an exhibit that explores Islamic culture at Cleary University in Genoa Township.

The performance by a group of Sufi women from a spiritual community in Fenton (top pic) was one of the highlights of the Friday evening reception that officially opened Halal Metropolis, an exhibition series that highlights Muslim entrepreneurship, art, fashion, music, and sport in southeast Michigan.

The exhibit is at the Arthur Secunda Museum at Cleary University through December 20th and Cleary University President Jason Boyers (bottom pic) told those gathered Friday that exhibits like this are part and parcel with their mission. “We at Cleary think this not only benefits our students, but the community. Part of a university’s job is to make connections with people and if you make those real connections then in a lot of cases we can overcome the surface differences we have.”

Project Manager Razi Jafri said he was thrilled with Friday’s turnout and hopes people will take the time to come and see the exhibit and take part in other parts of the program, including a November 21st panel discussion from 1 to 3pm at Cleary. This is the third stop out 6 for the exhibit, which was previously shown in Detroit and Hamtramck. More information on the exhibit can be found through the link below. (JK)