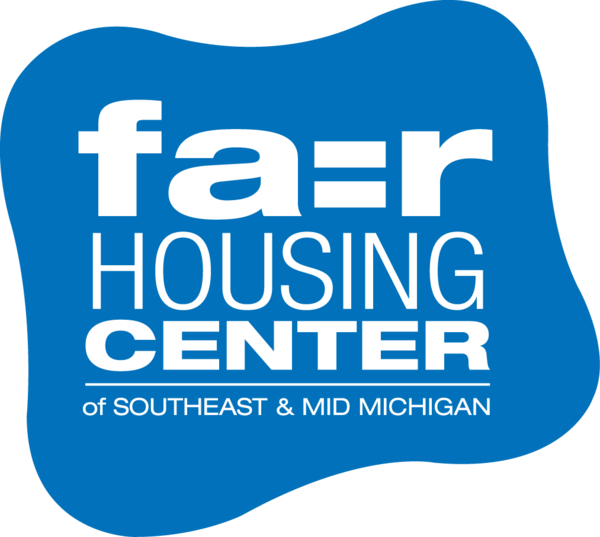 
Most fair housing discrimination comes with a smile and a handshake - that’s according to the Fair Housing Center of Southeast and Mid-Michigan, which covers ten counties, including Livingston, and takes about 170 complainants a year.

The Center recently aided an interracial couple in filing a federal lawsuit alleging racism and violations of the Fair Housing Act against two Livingston County real estate agents. The suit against real estate agents Rick Beaudin of KW Realty Livingston and Mary Kay Ikens of RE/MAX Platinum was filed by Verdell and Julie Franklin, who reside in Ohio but have been visiting friends for the past decade on Zukey Lake. Verdell is African American and his wife is white. They had hoped to purchase their dream home on the lake but a complaint states that the agents set forth various conditions and provided false information to dissuade them from making an offer because of their race. The suit alleges the two agents imposed unfair conditions of sale including cash-only, a higher sales price and “as is”. Not long after, the home was sold for $300,000 to a white man who did not purchase the home with cash and was allowed an inspection prior to purchase. Beaudin denies the allegations and Ikens has not commented.

The Franklin's contacted the Fair Housing Center following the ordeal, which investigates complaints and aids in the filing of lawsuits. The lawsuit marks the first race related litigation for the Center. Executive Director Pam Kisch told WHMI that after the Franklin's contacted them, they reviewed the evidence and then talked with them about next steps. "They chose litigation, so I gave them a list of attorneys who were willing to take their case."

Kisch says most people don’t know they’ve been a victim of housing discrimination because people can be very pleasant when saying there was another offer or they just rented their last apartment or unit. Locally, most instances have been related to disability discrimination. Kisch says under their current federal contract, they’re set for around 19 Livingston County-based complaints in last three years. The first year had nine complaints, five the next year and then so far another five for the current year that ends in March. Kisch says the three years before that contract, they had 16 complaints in the county. Kisch said all of it has been disability related and the Franklin's case marks the first race related Livingston County litigation the Center has been involved in.

With real estate, Kisch says they’ll see different patterns and there’s a lot of evidence and studies related to “steering”. She says that’s where depending on a person’s race, an agent might make assumptions about where someone wants to live and then try to steer them to a neighborhood, county or school system they think they would be more comfortable in. Kisch says some examples include an agent saying “I’m not supposed to tell you this but I would go here and not there.” Kisch says real estate agents are trained and know that race discrimination based on national origin is illegal but there continues to be evidence otherwise. While most agents are doing the right thing and following the rules, she says there are some bad actors who know they’re breaking the rules but do it anyway.

Kisch says typically working on race issues; they’re looking at rental properties and landlord discrimination. For example, a landlord will say they can’t find a form someone sent in or string someone along until they have to find somewhere else to live. Other times, it involves landlords showing units that aren’t clean or in a basement or telling someone they can’t choose their unit but then they move in to find they’ve been given a substandard unit. Kisch says race discrimination can also involve people being evicted for the smallest things. She says sometimes they’ll see a property that’s under new management and that new management decides they don’t like the racial makeup of the apartment complex. Kisch says they’ll want it to be “whiter” so they start to target people of color for the most minor infractions and then evict them and then re-rent the unit to a white person or family.

When it comes to disability discrimination, Kisch says that might come in the form of telling someone using a wheel chair that a place won’t work for them or they can’t put in a ramp. She says the law is clear and with most properties people can pay to install a ramp, although they might have to take it down when leaving, but property owners can’t tell someone they can’t make a unit more accessible. However, Kisch noted most people don’t have the money to do a lot of changes to make things more accessible. Kisch says other forms of discrimination will involve landlords or property owners not allowing emotional support animals when someone who suffers from PTSD or a child suffers from an anxiety disorder.

A copy of the Franklins complaint and Beaudin’s response is attached. A link to the Fair Housing Center website is provided.