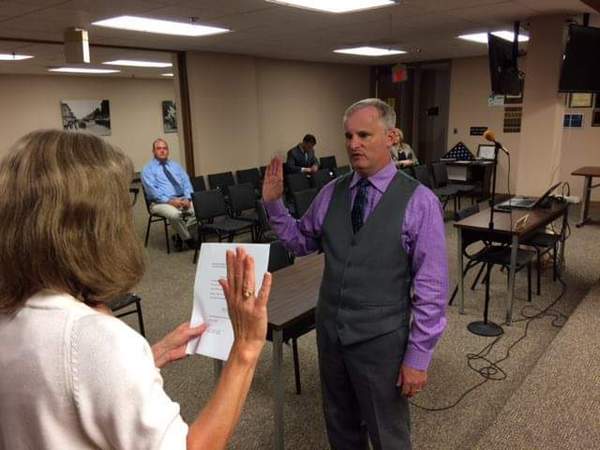 Council met this past week and voted to appoint Randy Greene to the vacant seat, which resulted from the resignation of member Andrew Yost. He resigned after a domestic incident came to light involving a family member.

City Manager Shea Charles tells WHMI there were five applications received for the position and based on interviews, Council selected Greene. He will serve a three year term. Greene had served as treasurer of the Downtown Development Authority Board, up until his appointment to Council.

The vacancy was the second that Council has had to fill in the last couple of months. Jeannette Ambrose was appointed in September after longtime Councilman Scott Niblock resigned due to work commitments, which limited the amount of time he could dedicate to serving on Council. Photo: Facebook. (JM)