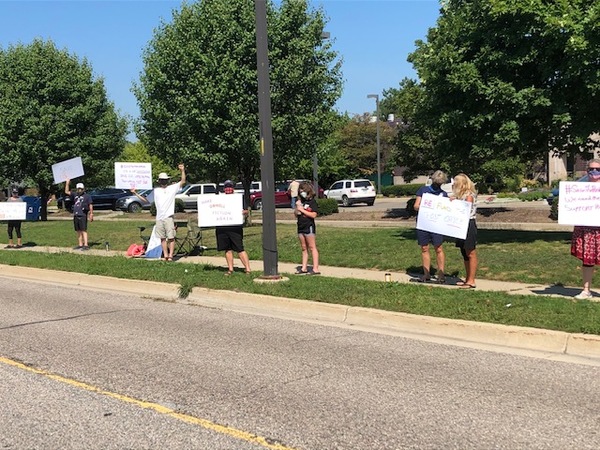 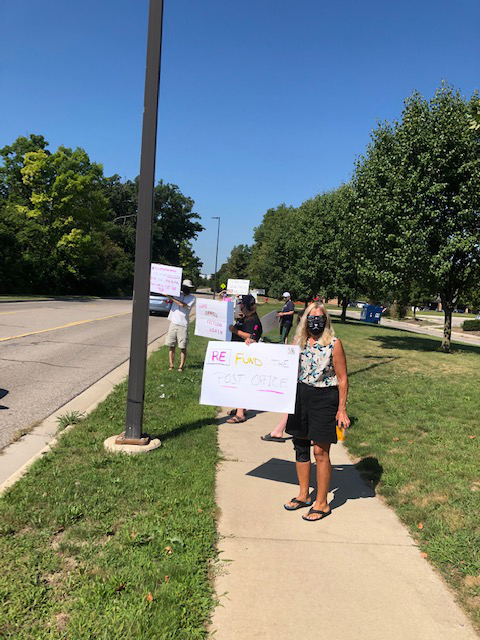 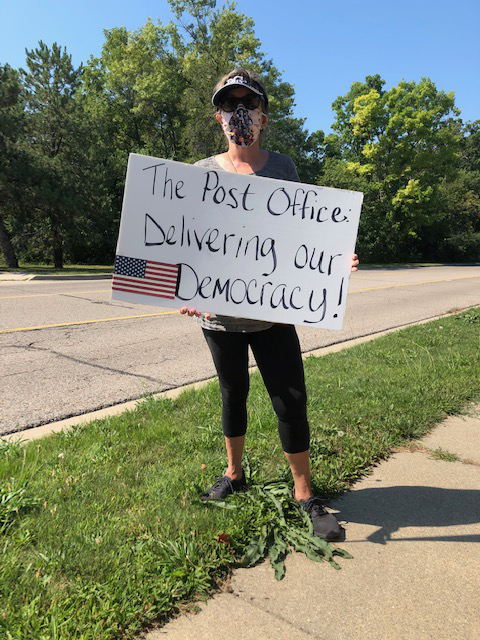 
More than a dozen protestors turned out over the weekend in Brighton to protest changes in the United States Postal Service that have garnered national headlines.

Organized by MoveOn.org, Indivisible and other Democrat-affiliated organizations, "Save the Post Office Saturday" was a so-called “Day of Action” with events held across the nation calling on Postmaster General Louis DeJoy to resign. Critics say that DeJoy, a Trump ally who took control of the agency in June, has swiftly engineered cuts and operational changes that are disrupting mail delivery operations, including slashing overtime and removing mail processing machines.

The approximately 15 mask-wearing protestors, gathered Saturday in front of the Brighton Post Office to demonstrate support for postal workers and demanding full funding of postal service operations. Brenda Lindsay told WHMI that they were mostly greeted by supporters during the protest. “Many cars seemed to honk or give thumbs up in support of the demonstrations to support the Post Office. Funding the Post Office doesn't seem to be a partisan issue."

Over the weekend, the U.S. House approved legislation to reverse changes in Postal Services operations and send $25 billion to shore up the agency ahead of the November election and a surge in mail-in ballots. That followed DeJoy’s testimony Friday in the Senate that his “No. 1 priority” is to ensure election mail arrives on time. Still, DeJoy said he would not restore recent cuts to mailboxes and sorting equipment.